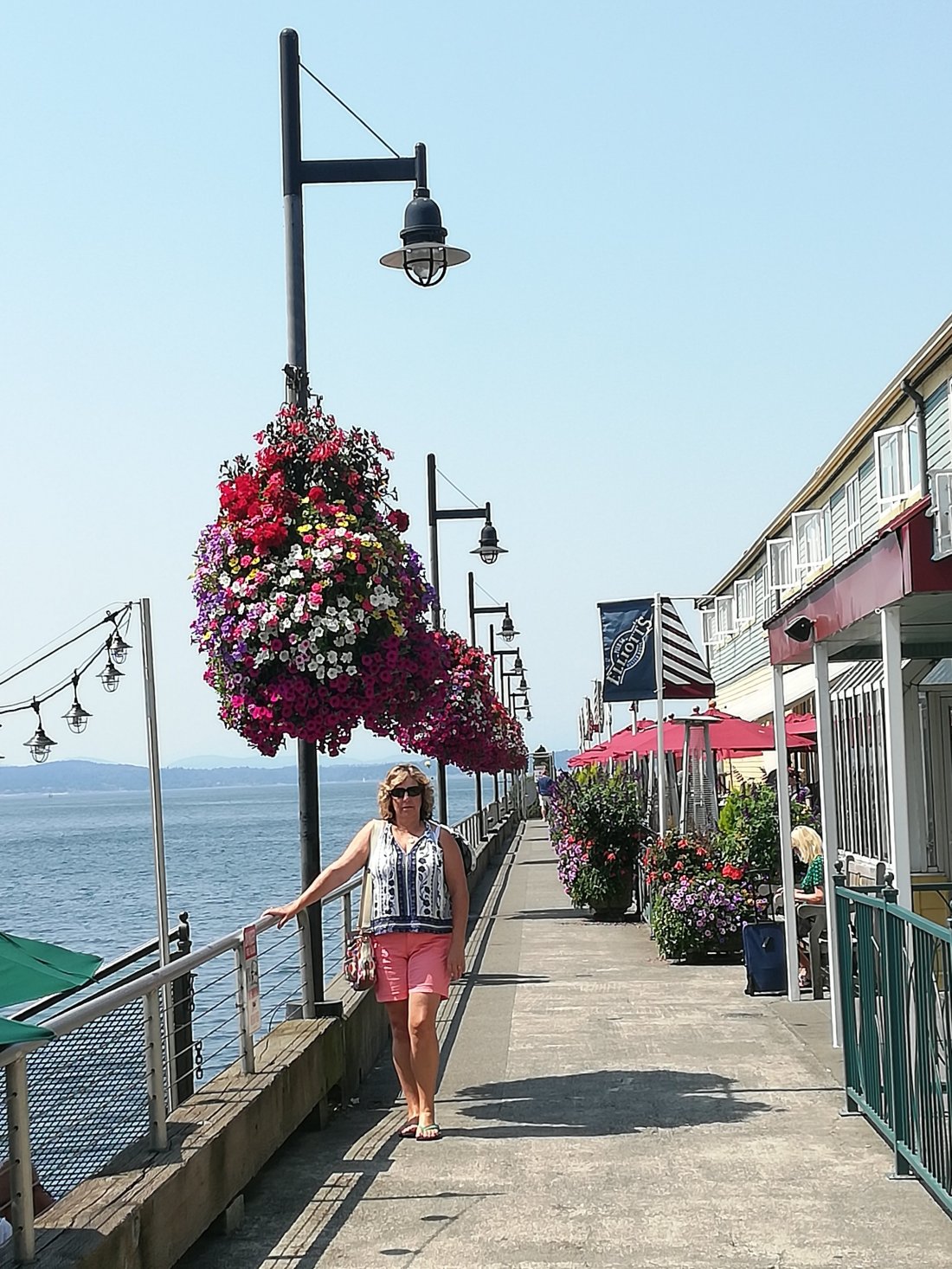 They said it would be cooler up here!! Well the first few days were really hot, not quite like Vegas but not cool either. Today is the first day since San Fran, that I am in something other than shorts!

We stayed at the Hyatt, Dowtown Seattle. What a great concept. It is part of the Hyatt group but is called Hyatt House. It is such a lovely hotel, clean, tidy not quite five star, but certainly not basic. And it did breakfast, which was amazing and then the dining room became a bar in the evening for happy hour. It was awesome, lovely rooms and right next to the Space Needle, Seattle Centre and a short walk to the waterfront. 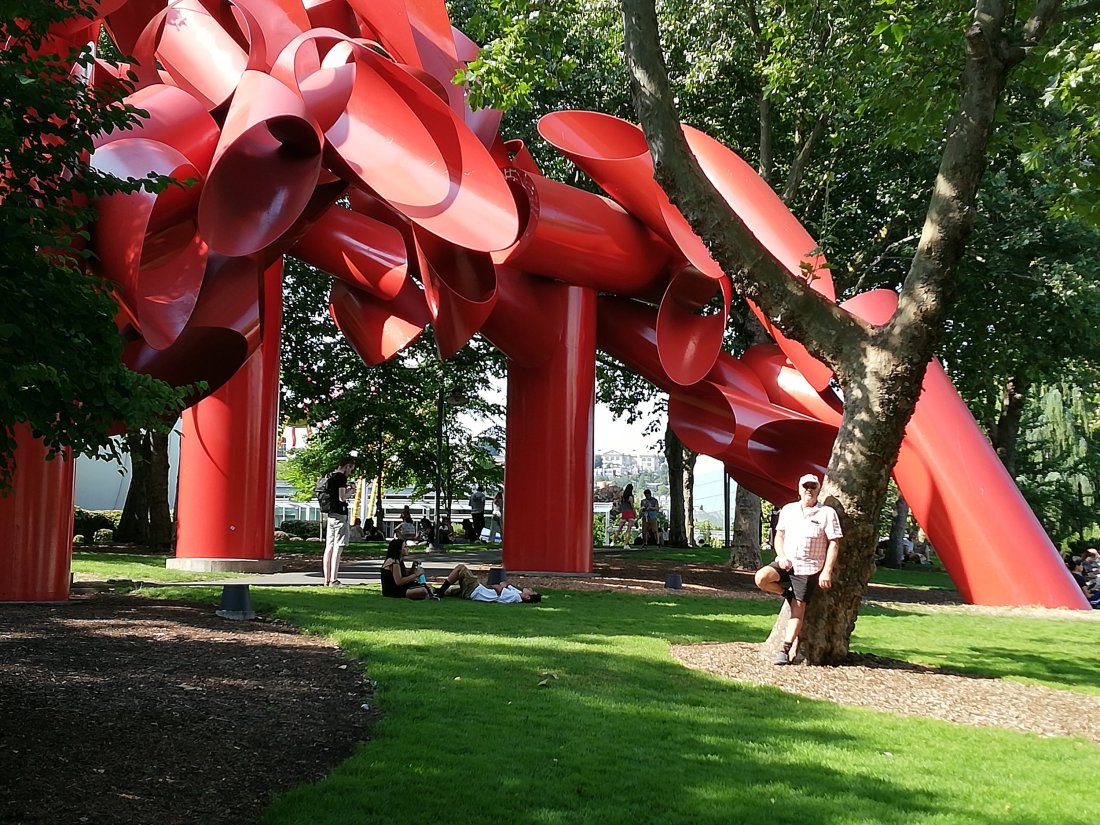 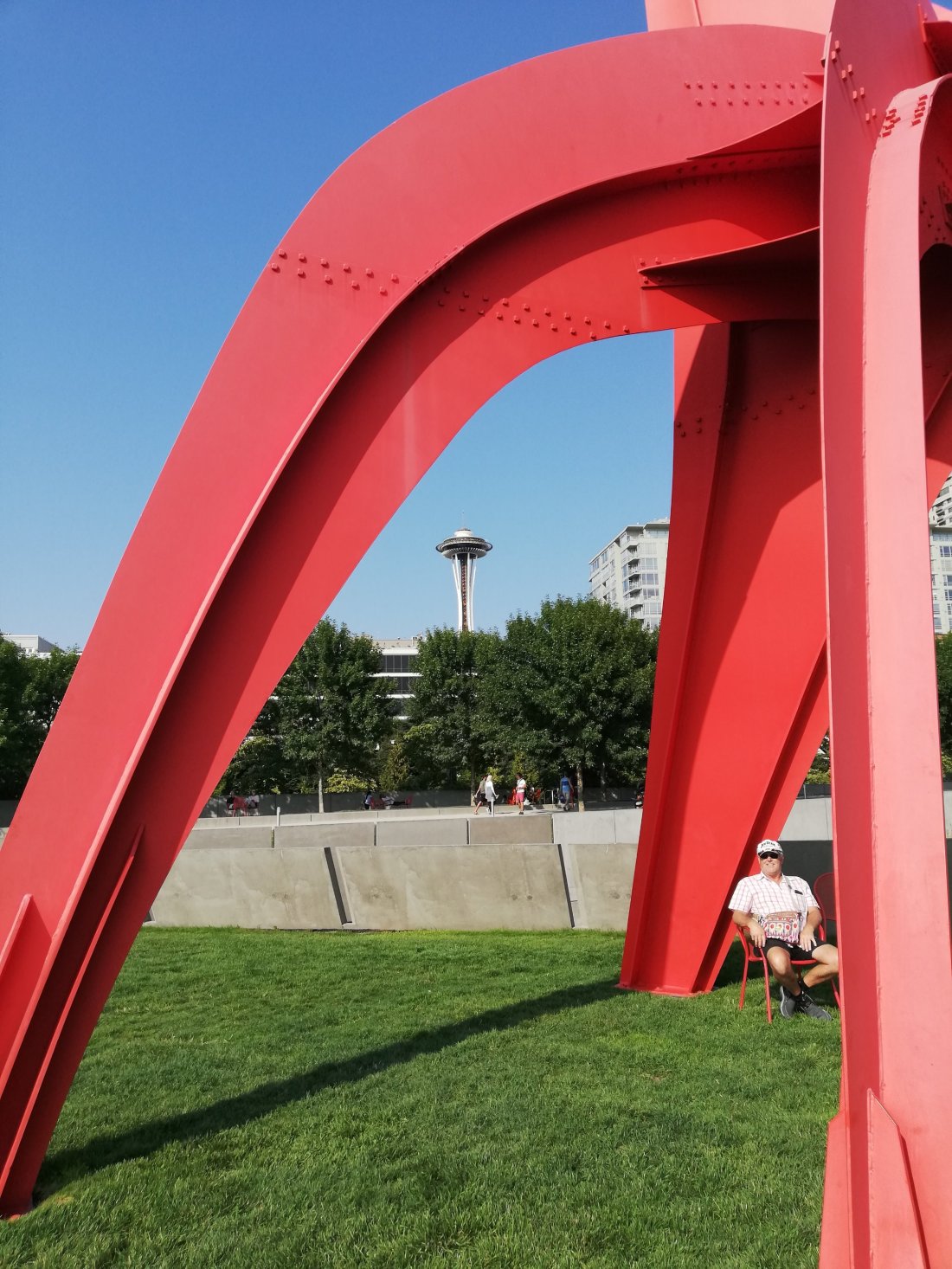 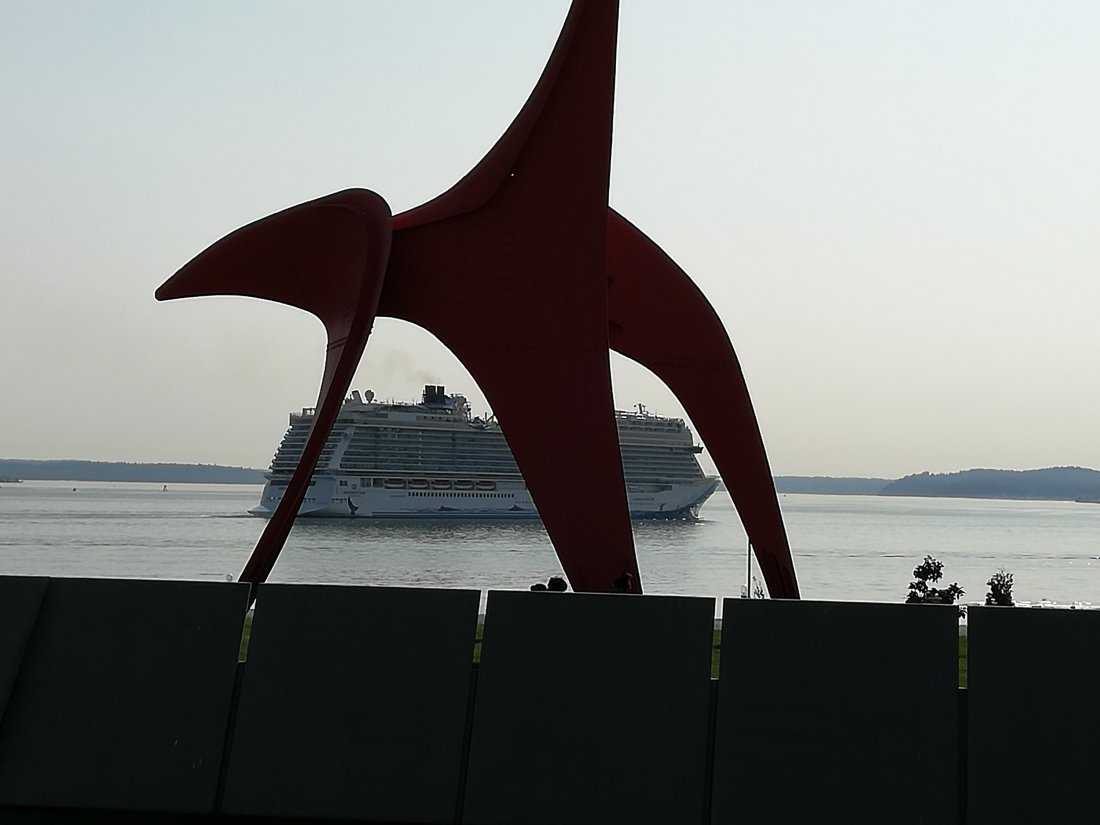 On Saturday when we arrived, there was so much going on, so many people about and they seemed to be setting up for an event by the hotel. When we were checking in they told us about the Alaska Airlines Seafair Torch Light Parade [A celebration of the diverse cultural landscape that Seattle has]. It is on each summer and has 120 floats and/or bands etc. After we checked our bags in, we wandered around the floats all gathering for the parade, had free lunch, got free samples and won tickets to a music festival [hmmmm had to play a game a bit like ‘beer pong’ and I won tickets first time!! Daniel / Jason – why would that be?!?] 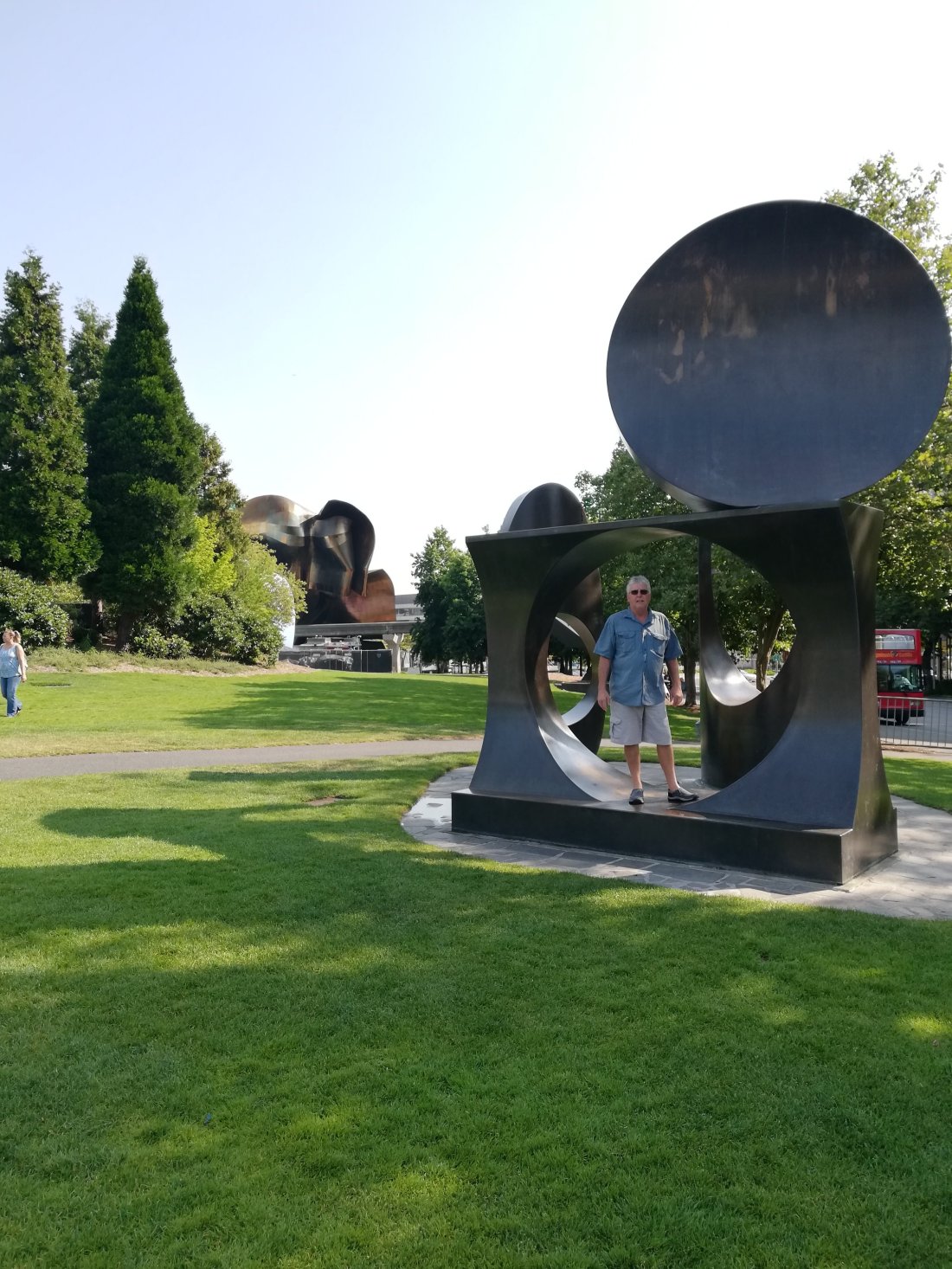 Anyway, happy hour was a few hours away, so we walked down to the waterfront and through the Olympic Sculpture Park. So neat to have a free park like this with amazing views and sculpture that is all of a very large scale. There were three cruise liners in town as well, so it was busy everywhere.

We walked back to the hotel for happy hour and chatted with an Australian couple who were very nice. They were telling us about their trip and how fabulous it was to be on holiday for 3 months, that they had house sitters …… and then asked how long we were travelling ….. it sorta seemed a bit like skiting to say what we were doing! We had a couple of beers with them and then headed out to watch the parade before dinner – a big party for me 🙂 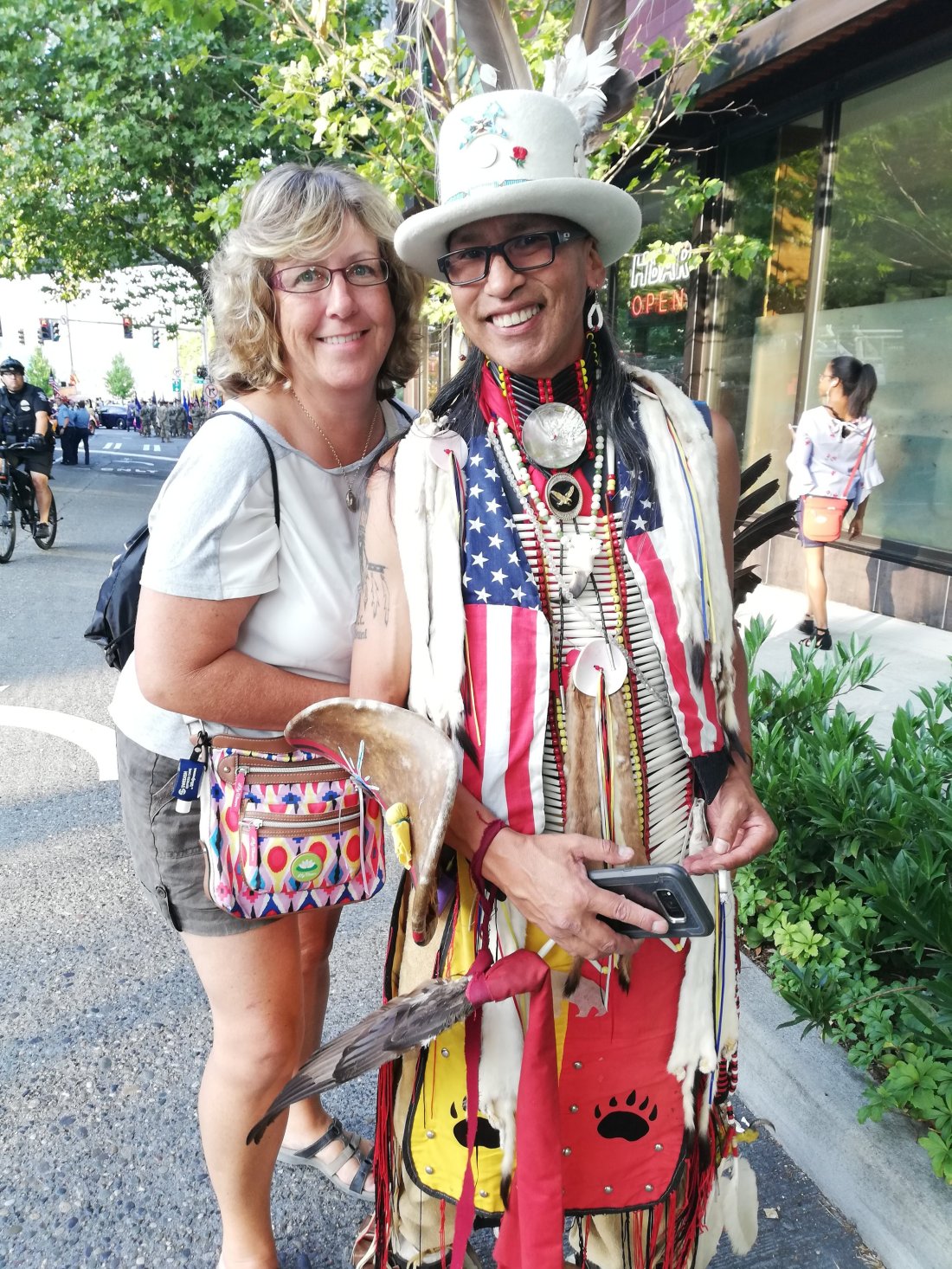 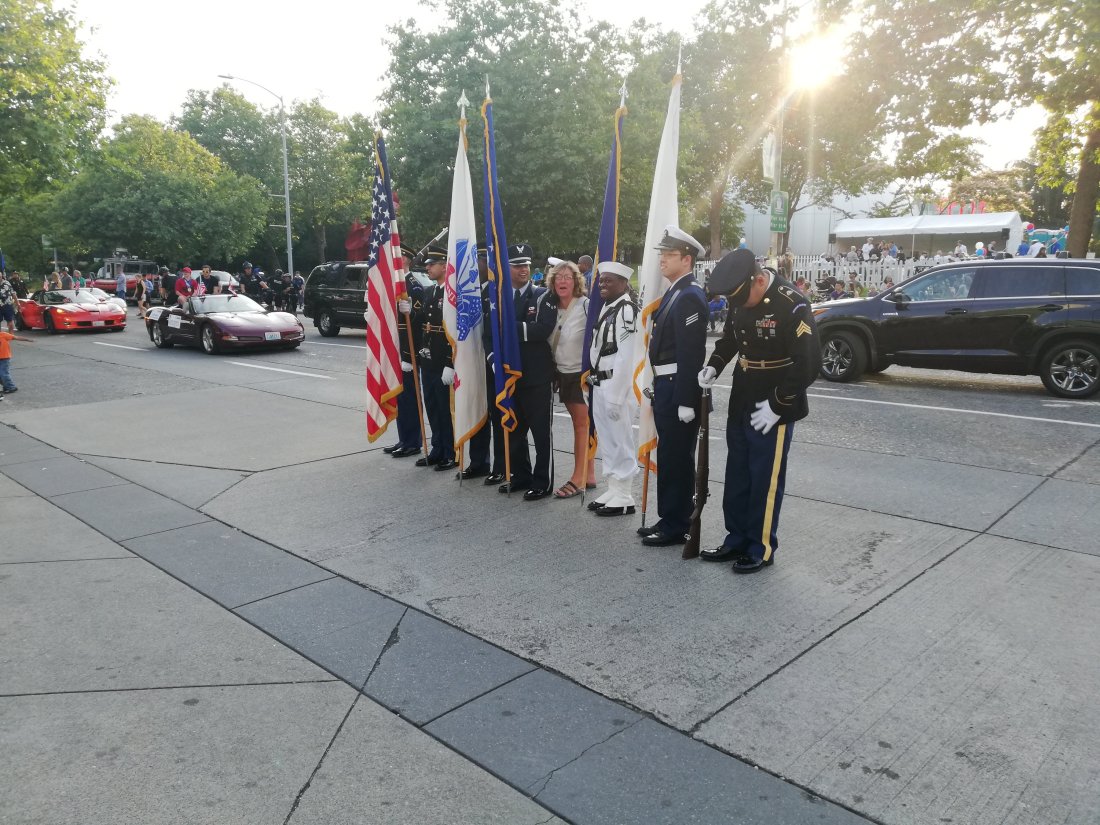 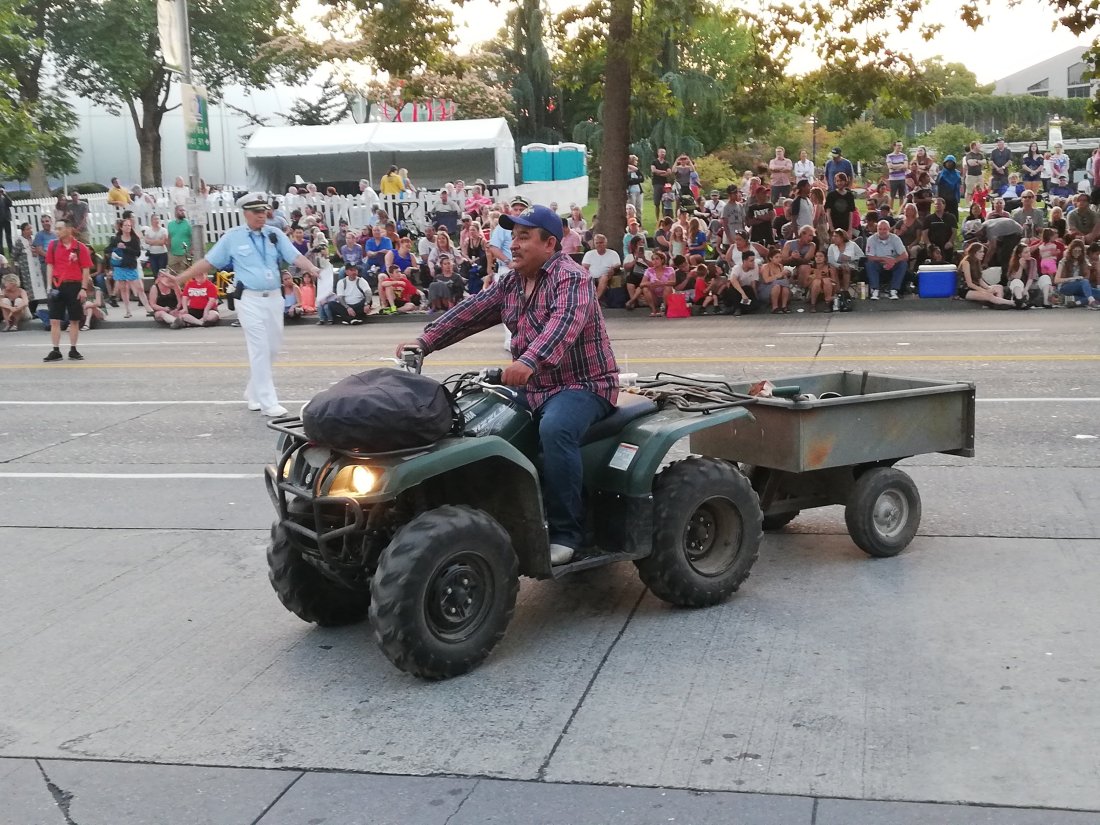 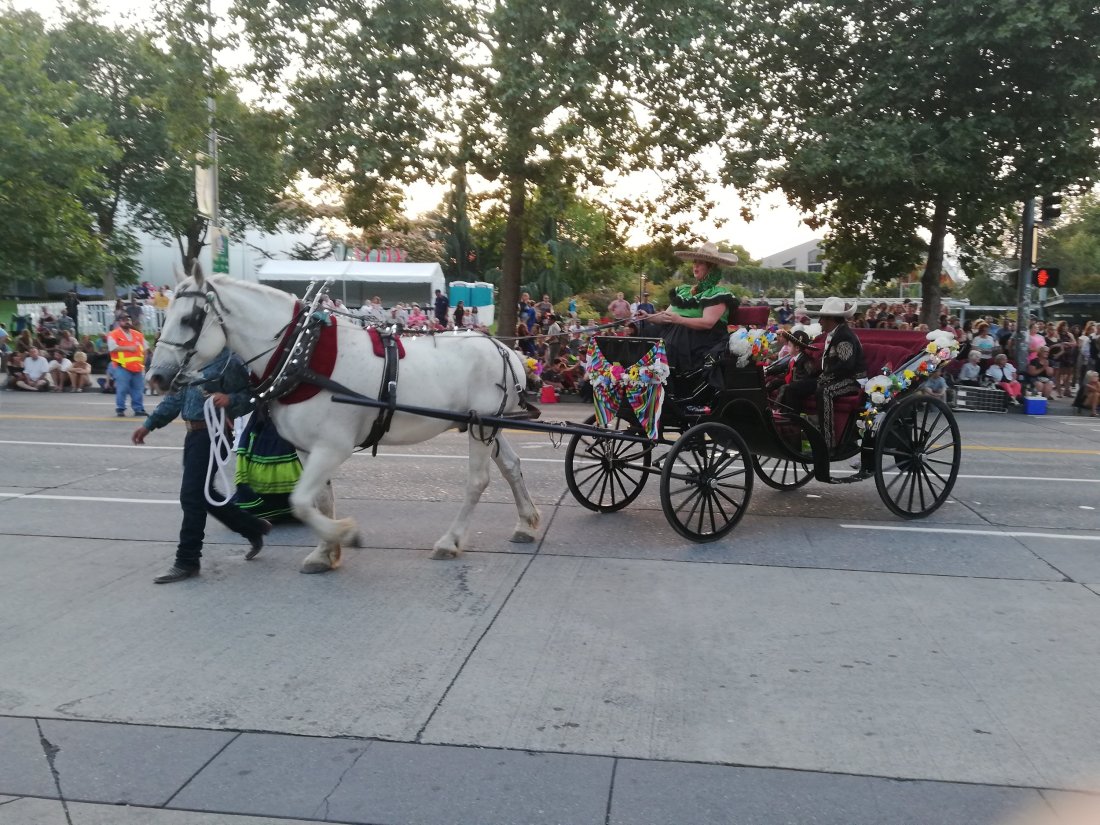 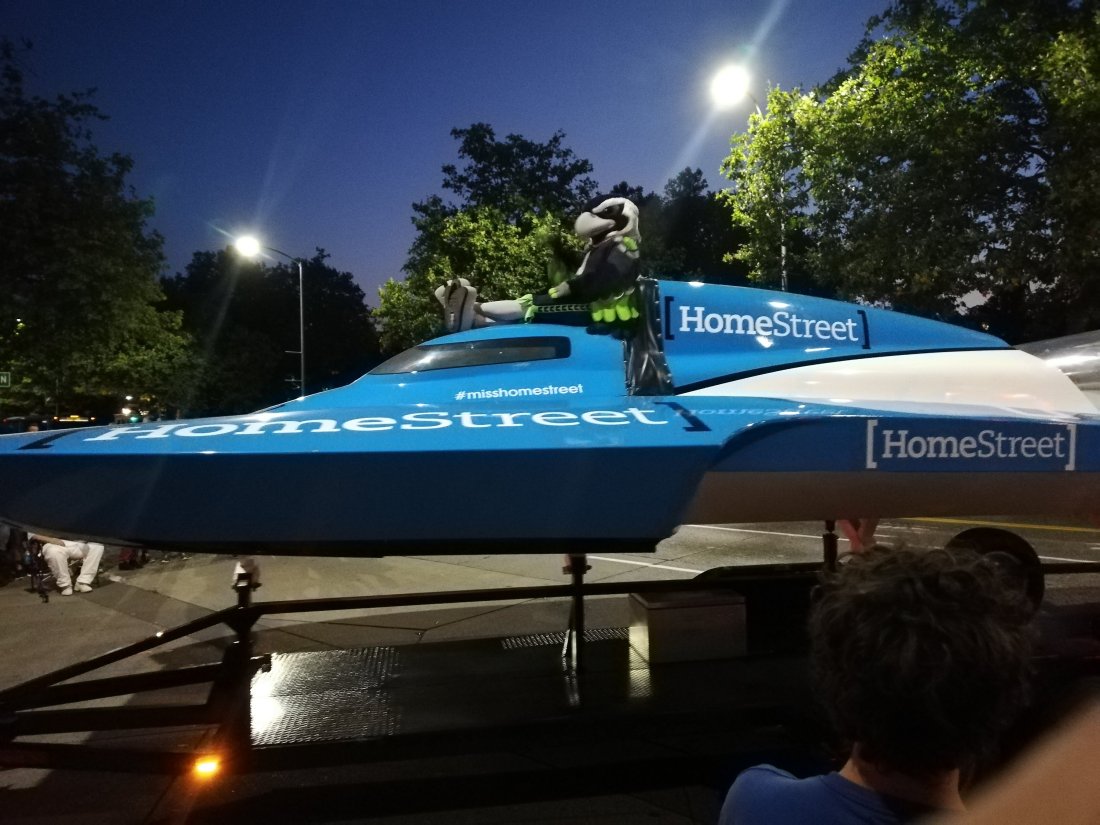 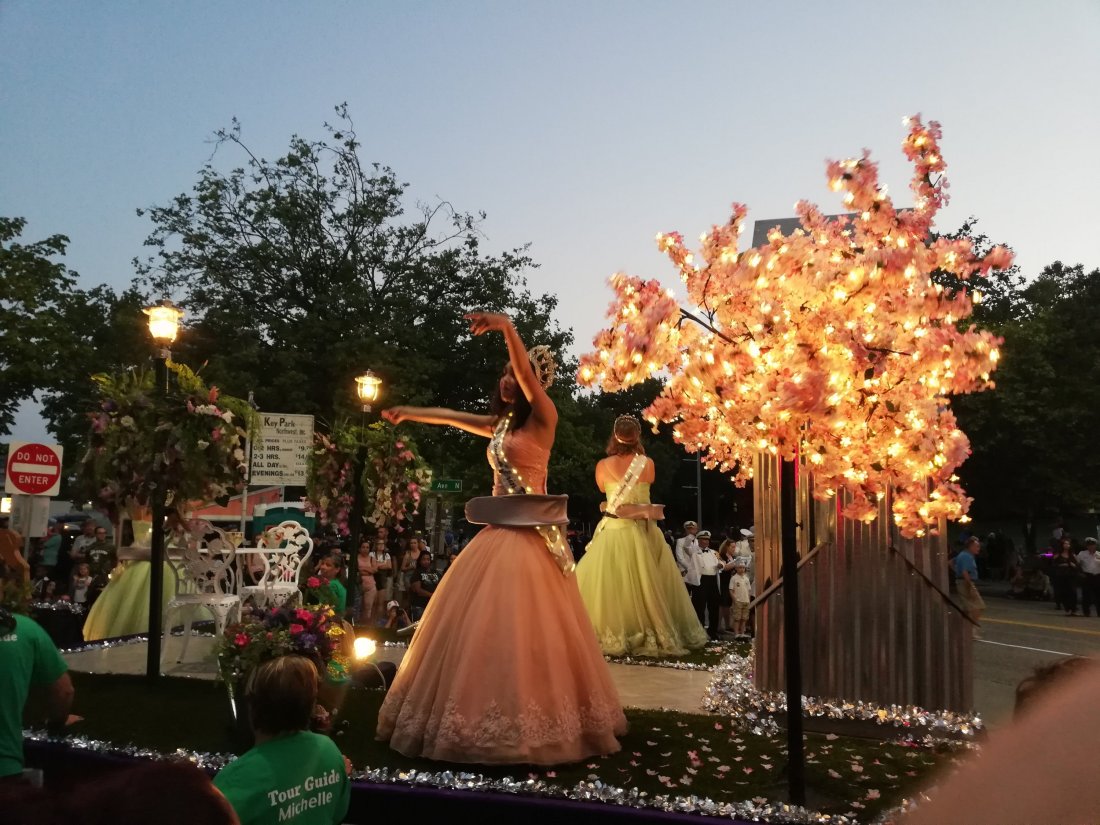 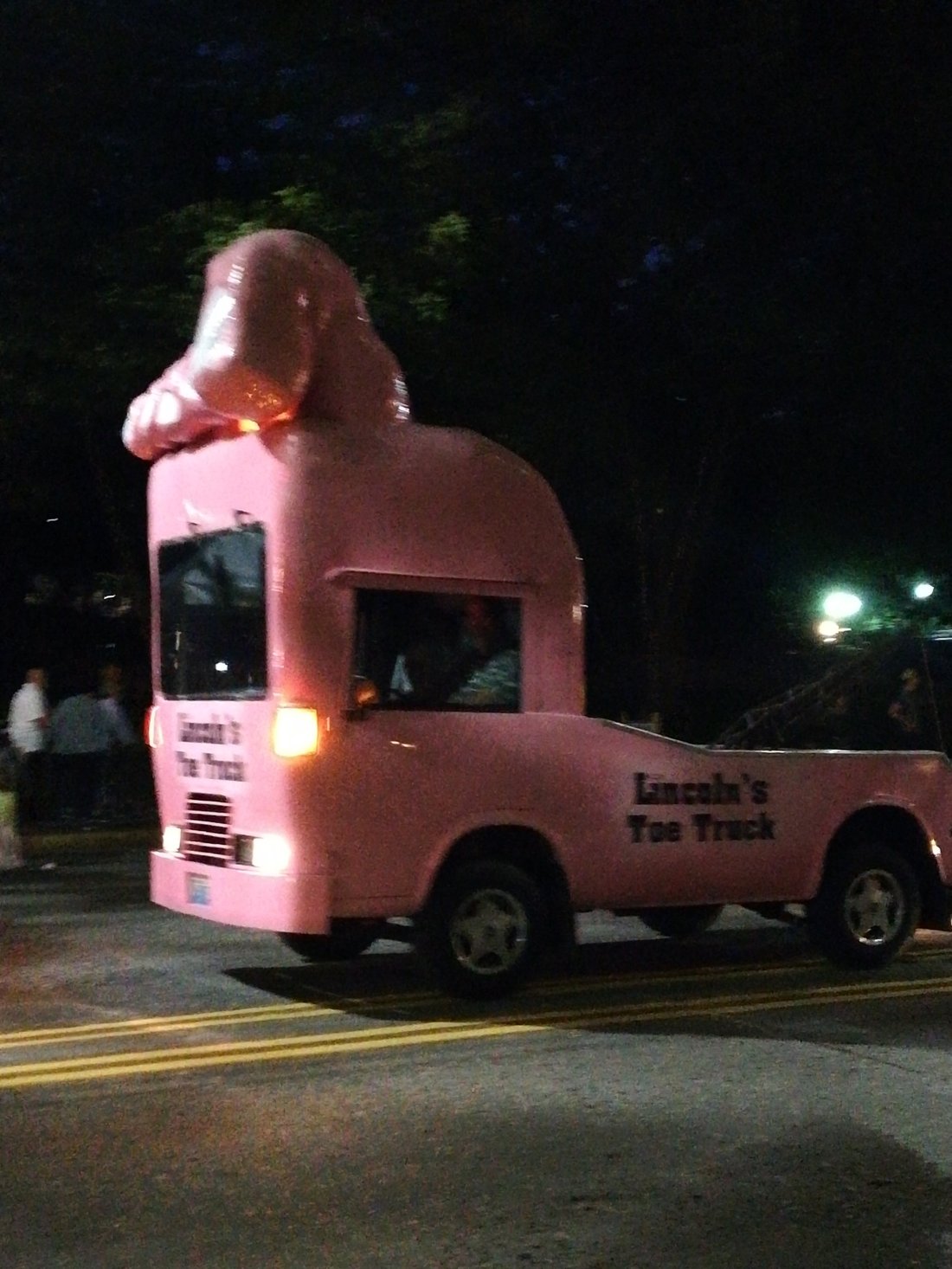 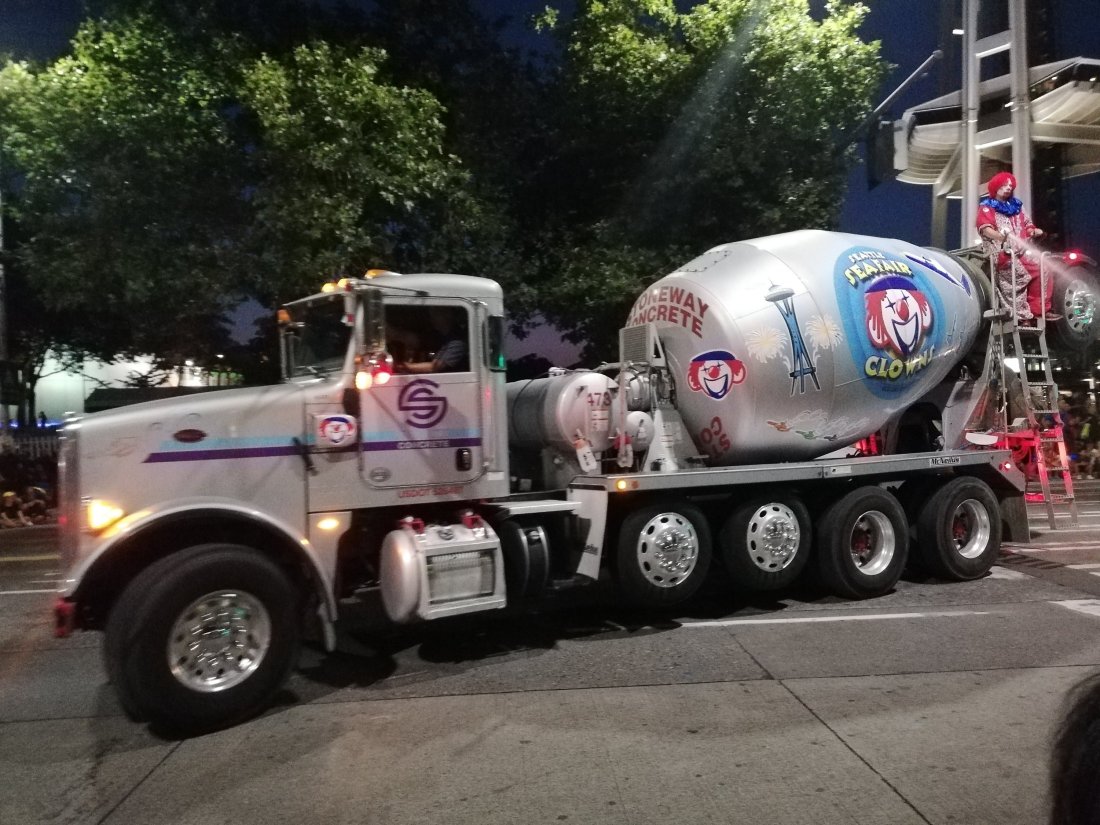 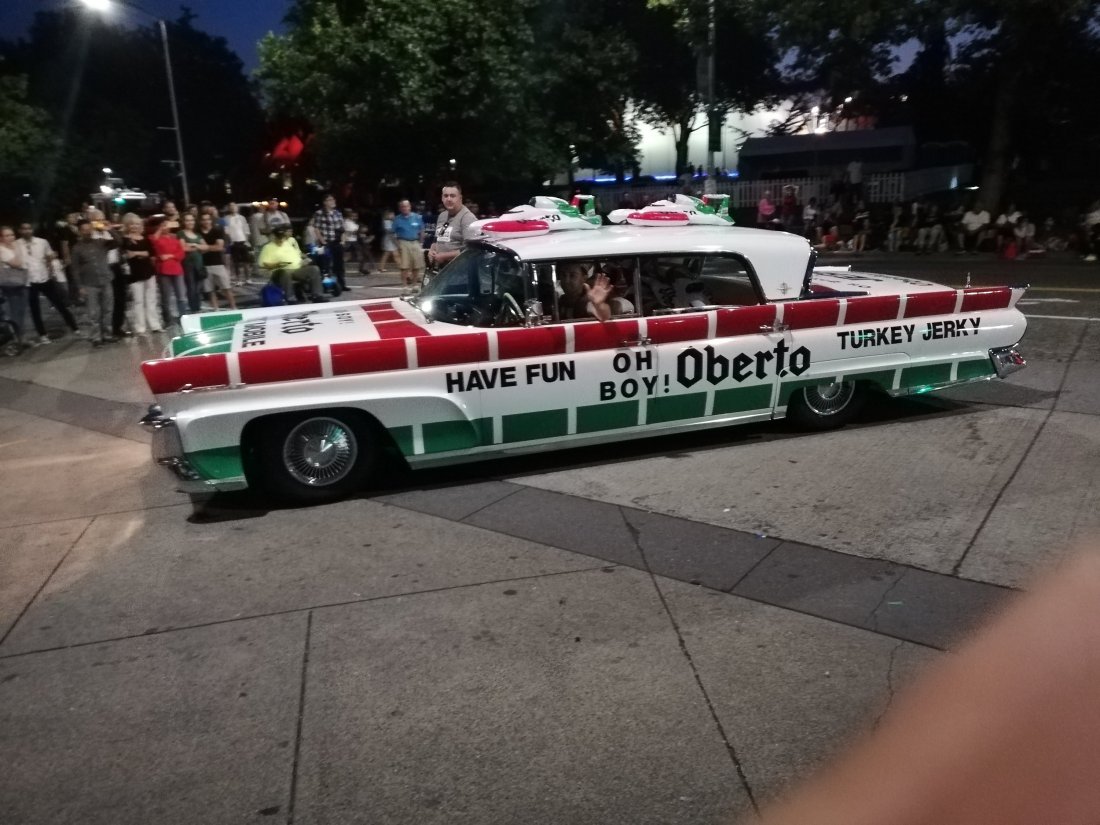 The parade was huge – 120 floats spread out across 3.5km. I didn’t think it was ever going to end and when it did …. 2 hours later (9.45pm) …. the restaurants were closed!! I had the choice of McD’s, or chips and peanuts from the hotel. Mc’D’s won and so I had the famous ‘Big Mac’ for dinner on my birthday 😜 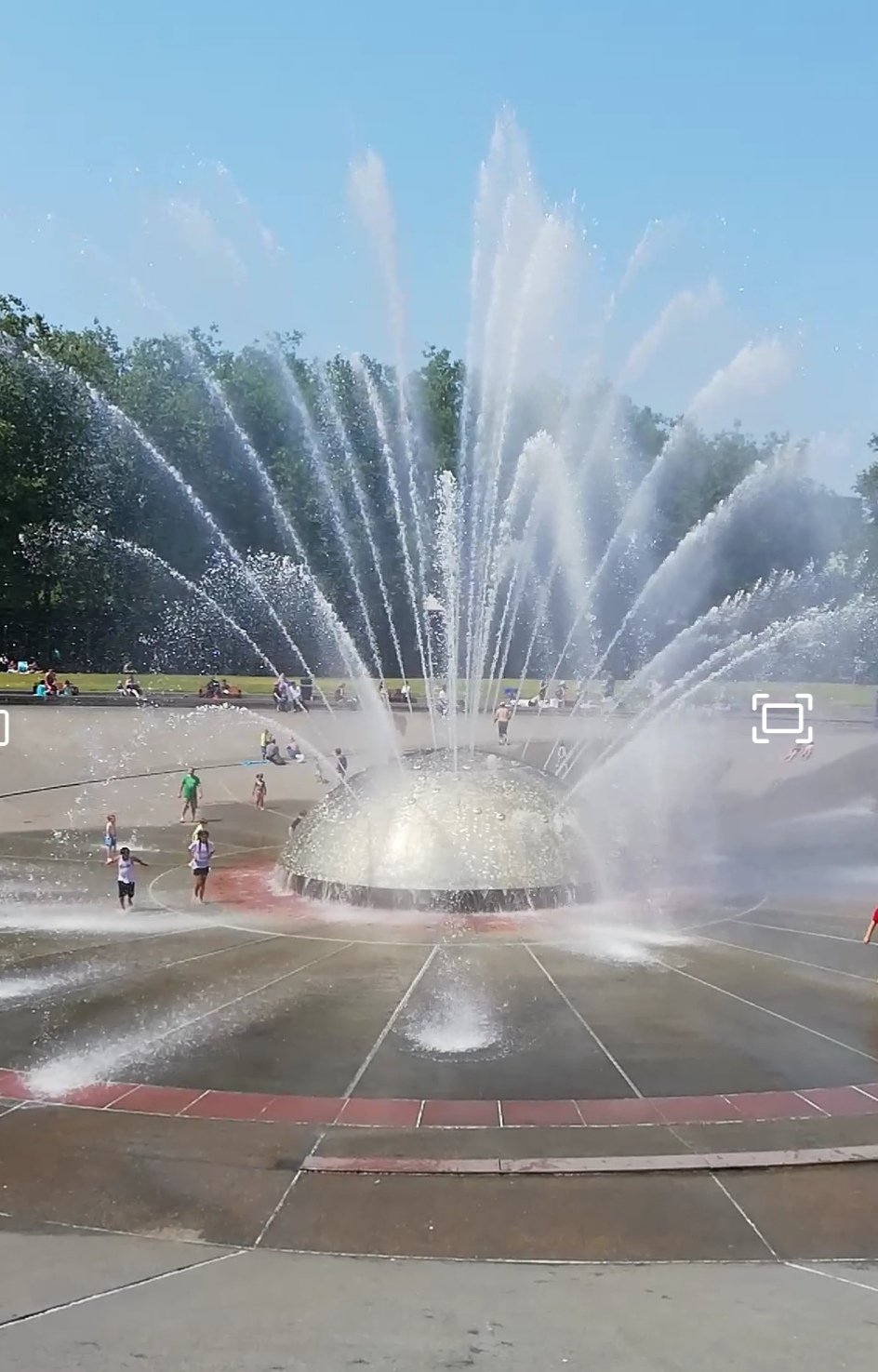 The next day [after a fabulous breakfast] we walked down to the Piers and did the harbour cruise. It was such a lovely day, and the tour was great. From there we walked back up to Seattle centre and had a look at the giant water feature that is designed for play – the kids [and a few adults] were having such a great time. What a wonderful thing to have. 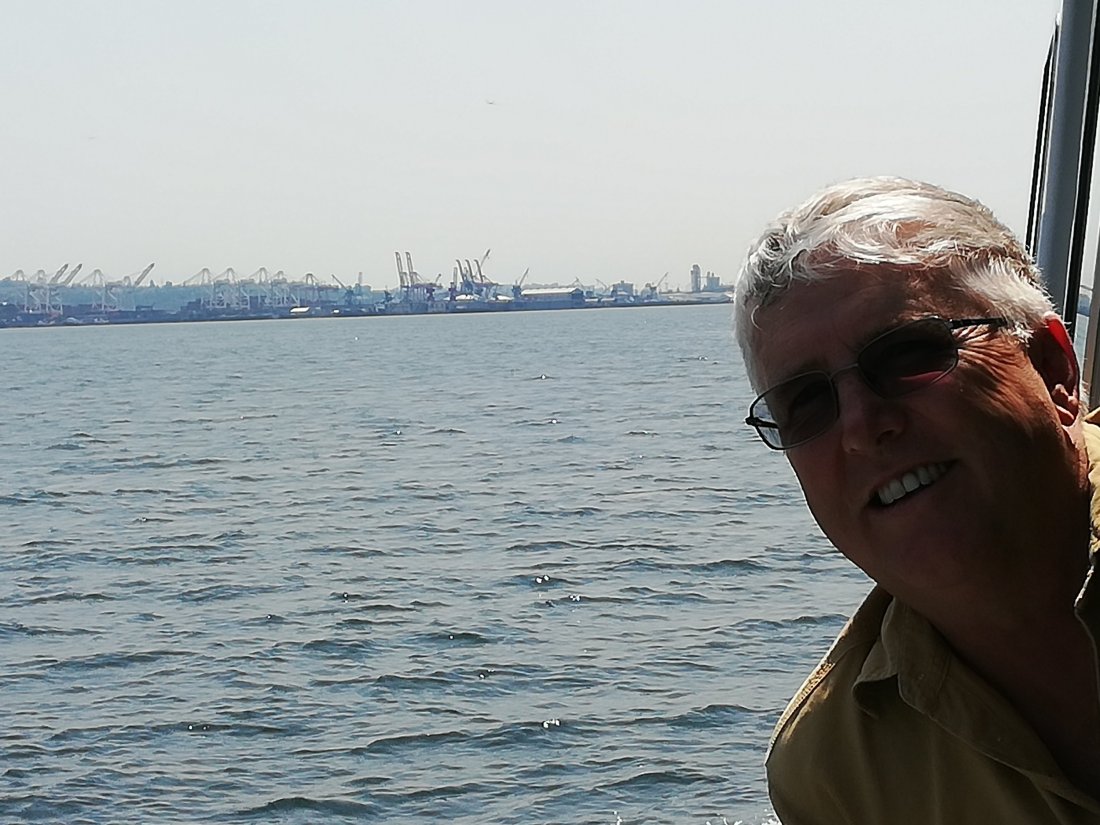 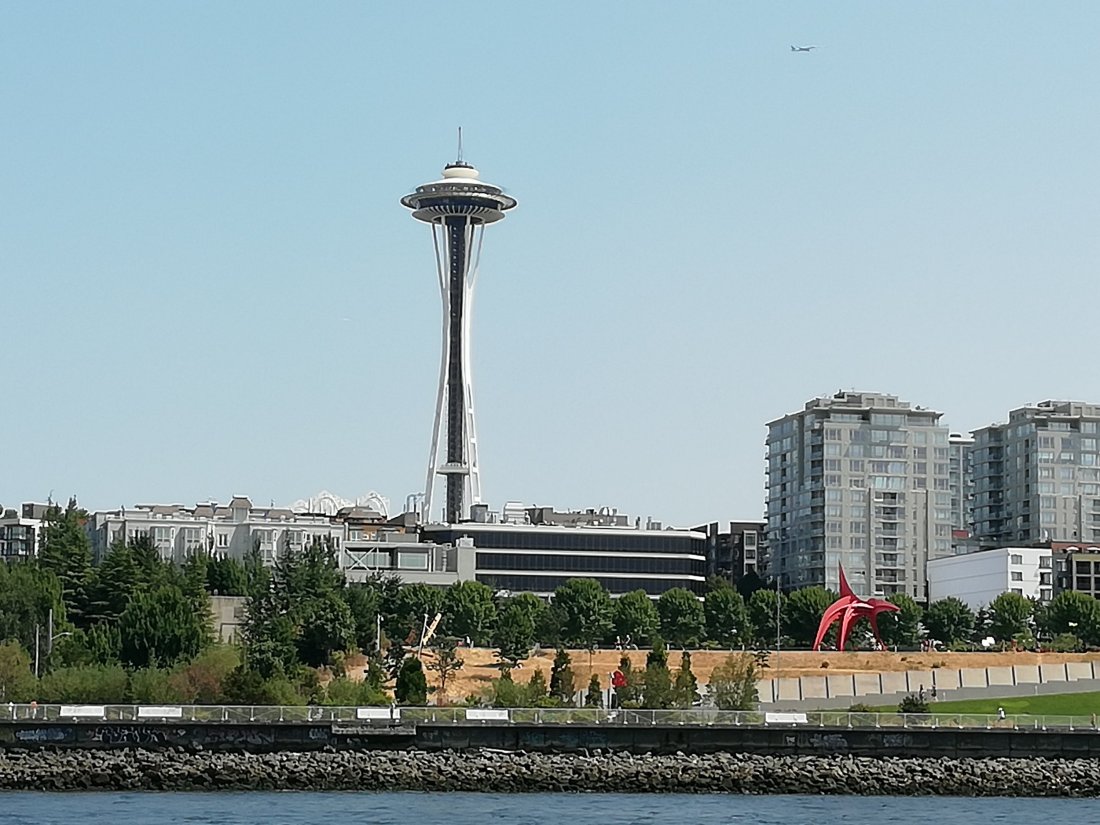 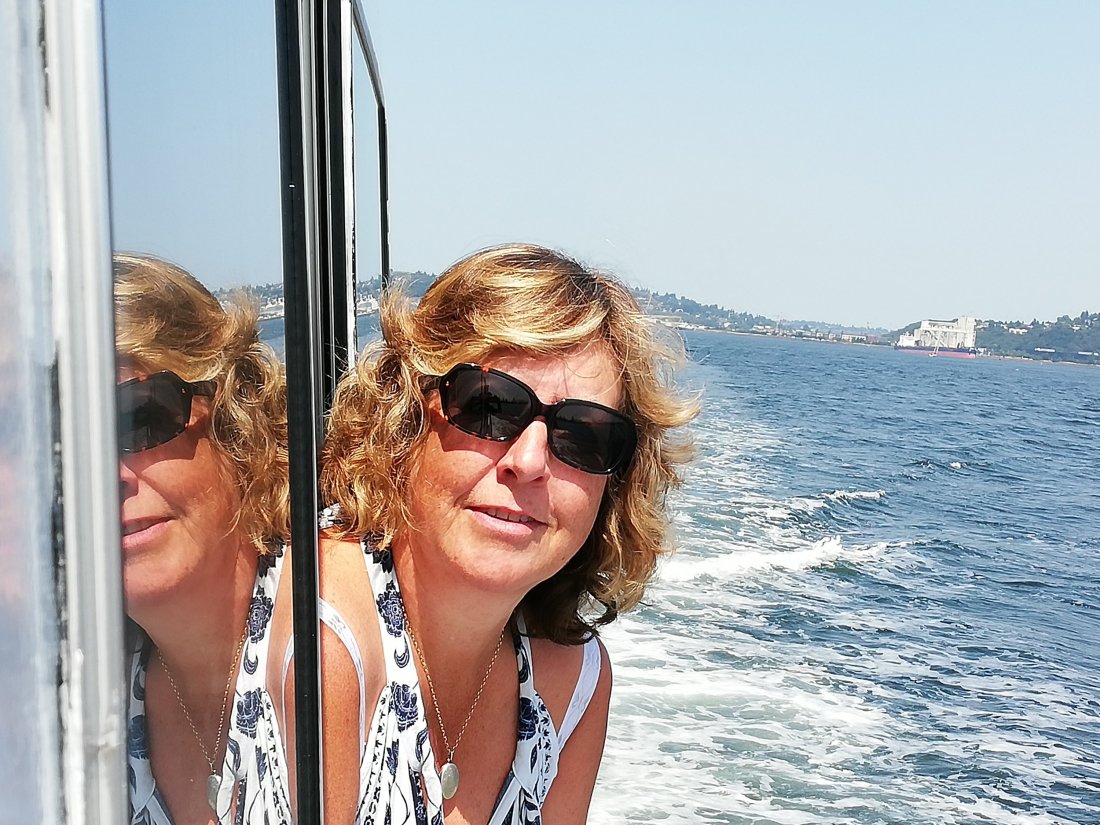 From there we walked back to the hotel via the ‘sonic bloom’ flower garden. 5 huge [15m] flowers that soak up the sunlight to ‘light’ themselves at night but during the day, they play music, and depending on how many people are near the stems a set of harmonic notes are released to simulate a chorus. They are so very cool. 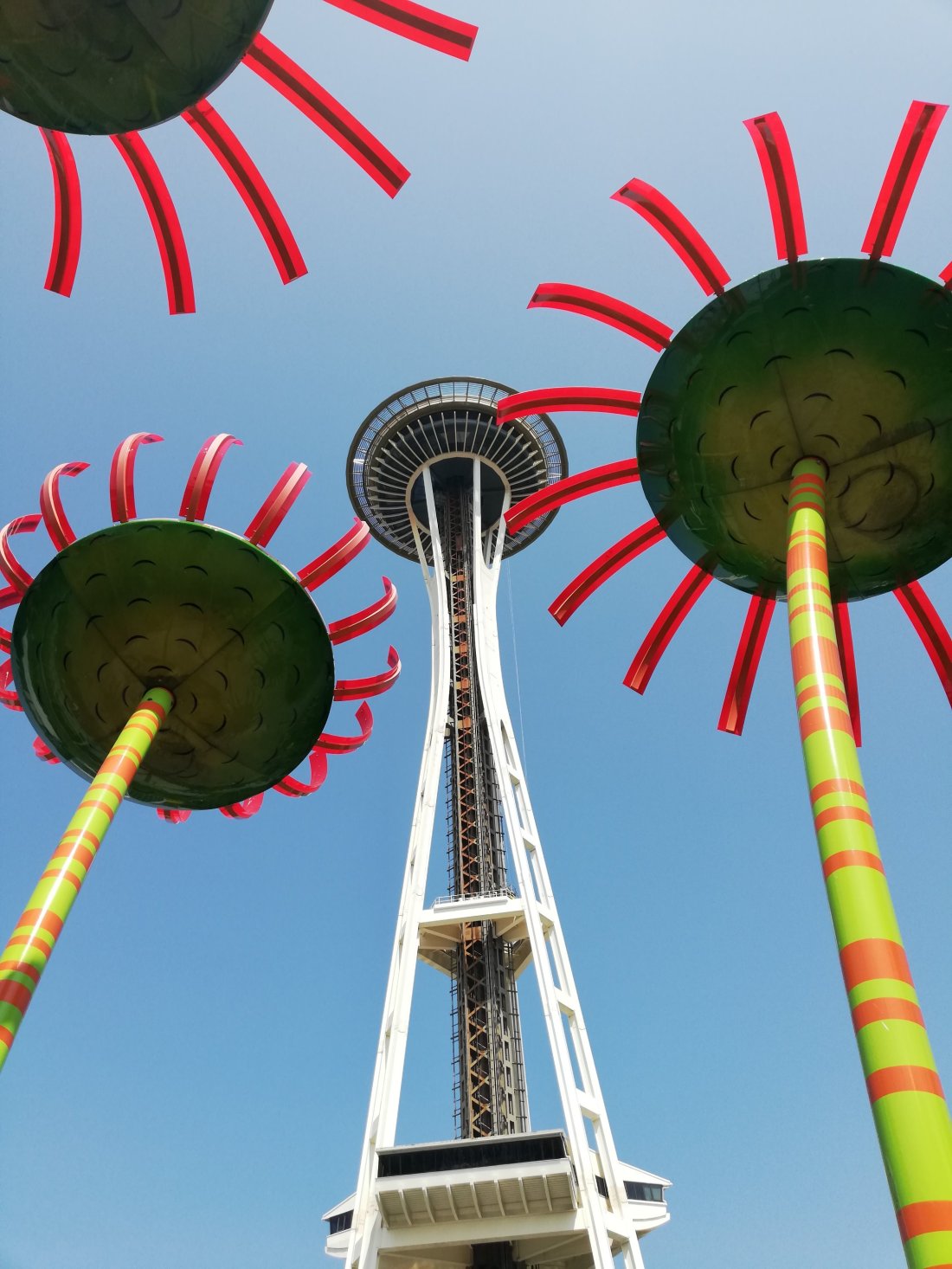 After happy hour at our hotel, we headed up the Space Needle for the night sky. It was amazing at night and not quite as scary as the day. We went back up after breakfast the next morning and I found it very difficult being up there in the daylight! My legs were like jelly. This being scared of heights is new to me, and I need to find a way to get past it …. more high things?!? 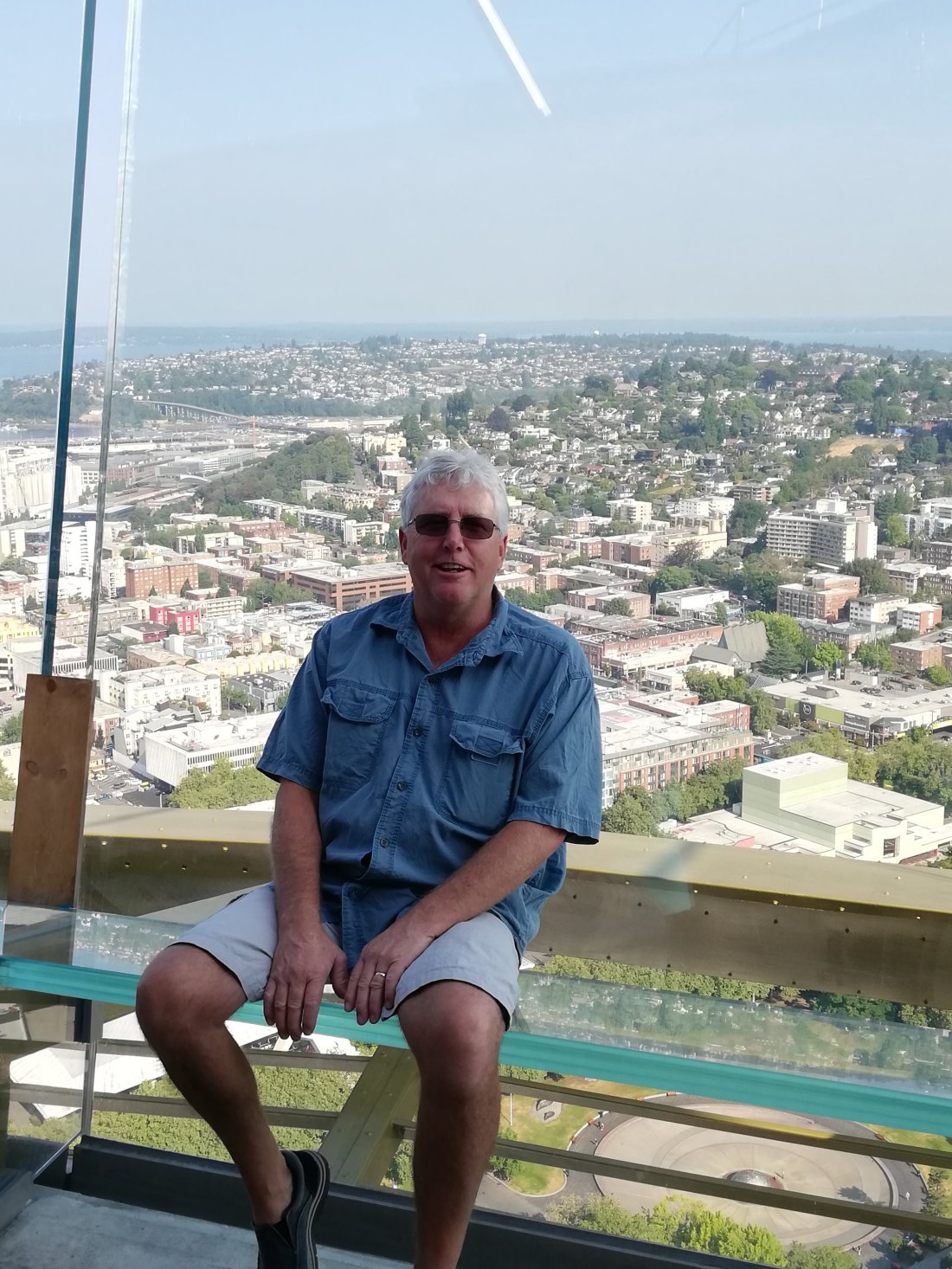 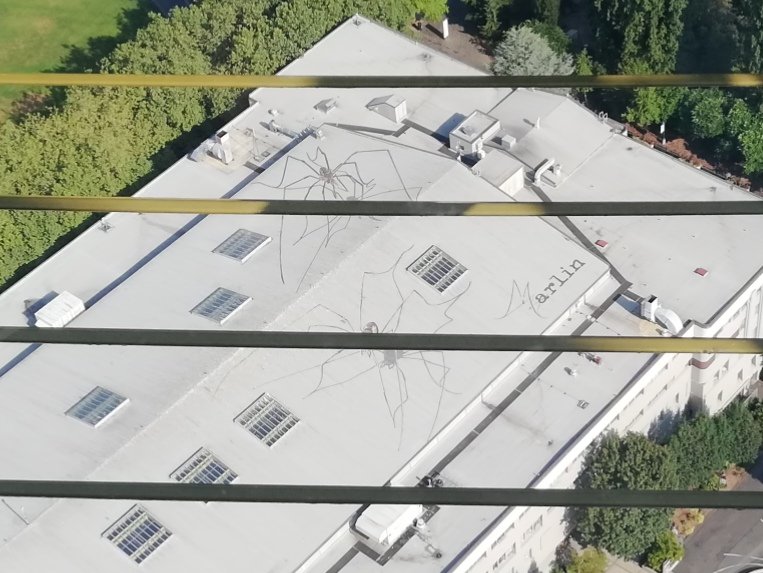 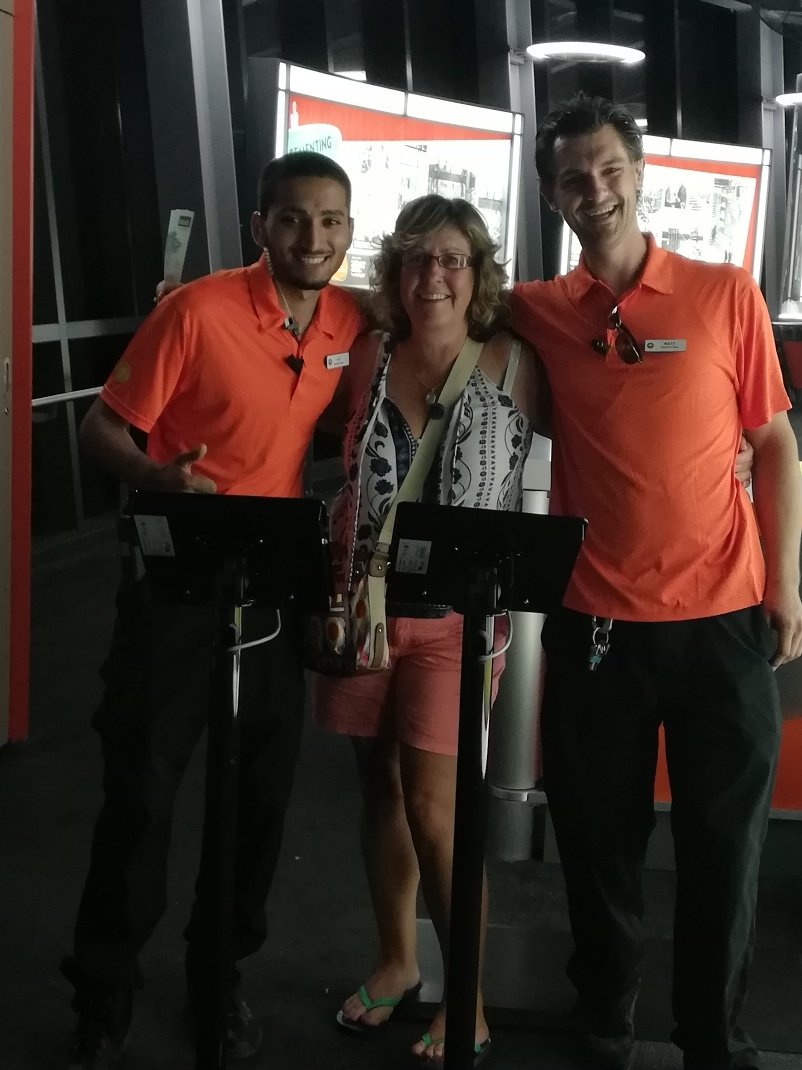 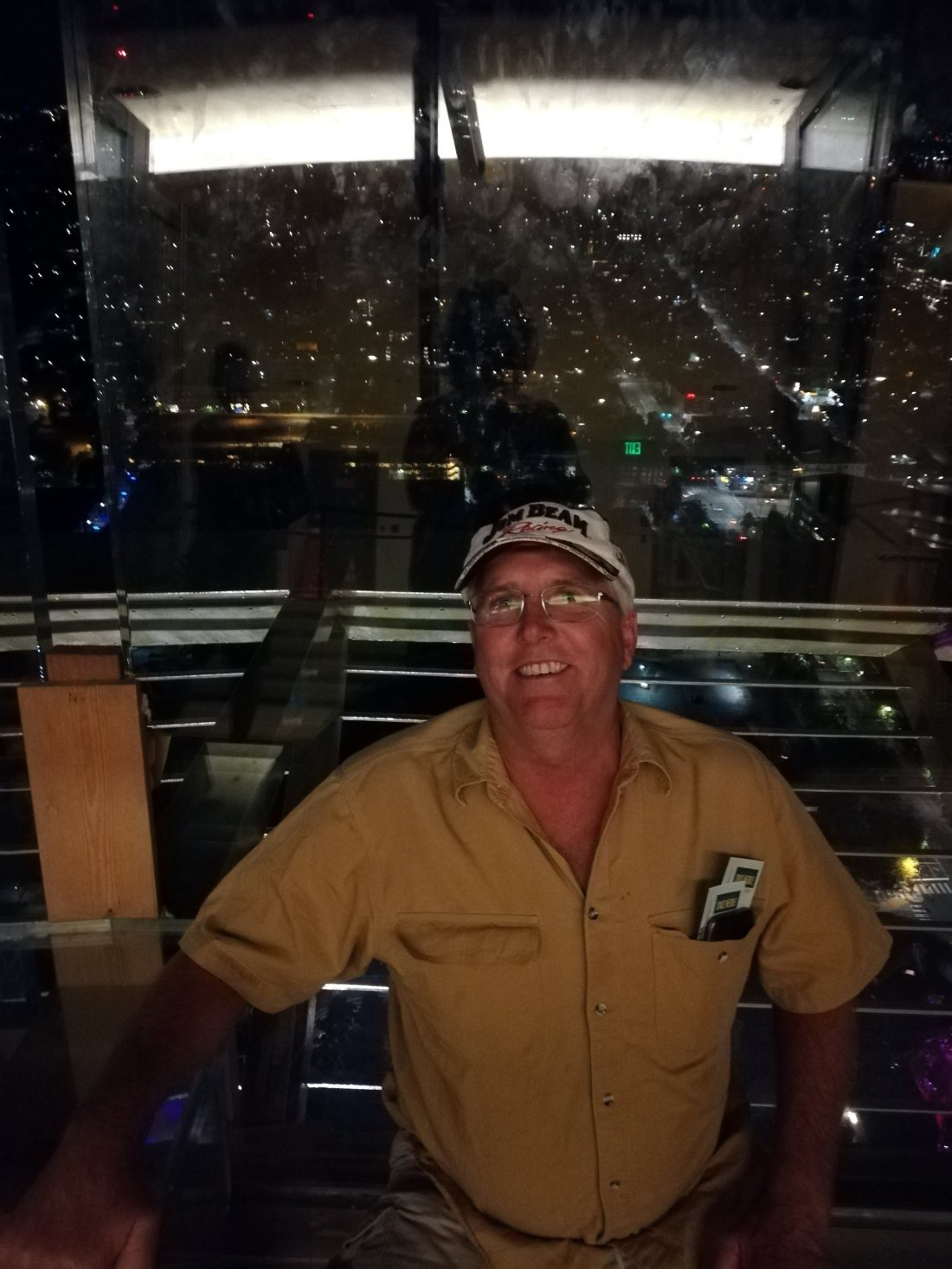 We have now transferred out to our next assignment looking after 1 x cat and 1 x dog [who looks like Hairy Maclary]. We are just up the road from Jimmi Hendrix park, so there is a bit of history to explore while out walking the dog! 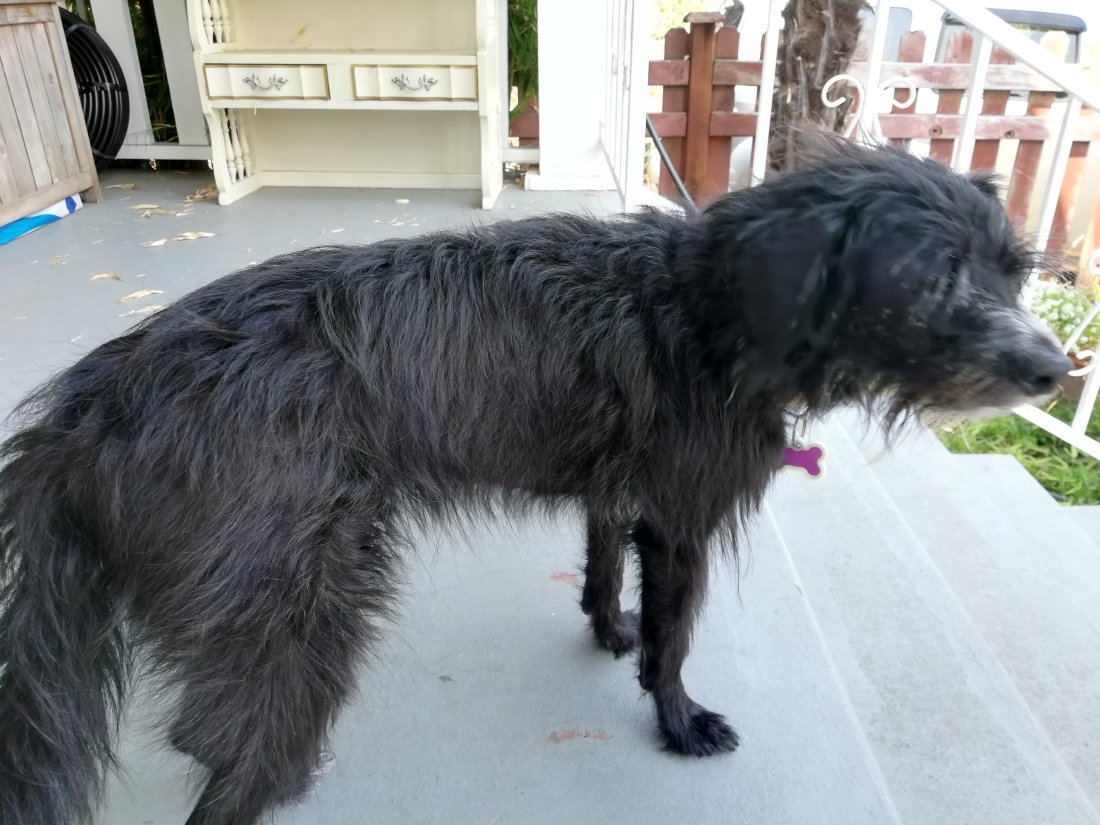 So, for now that’s it … will explore for a few days and let you know what we are up to.