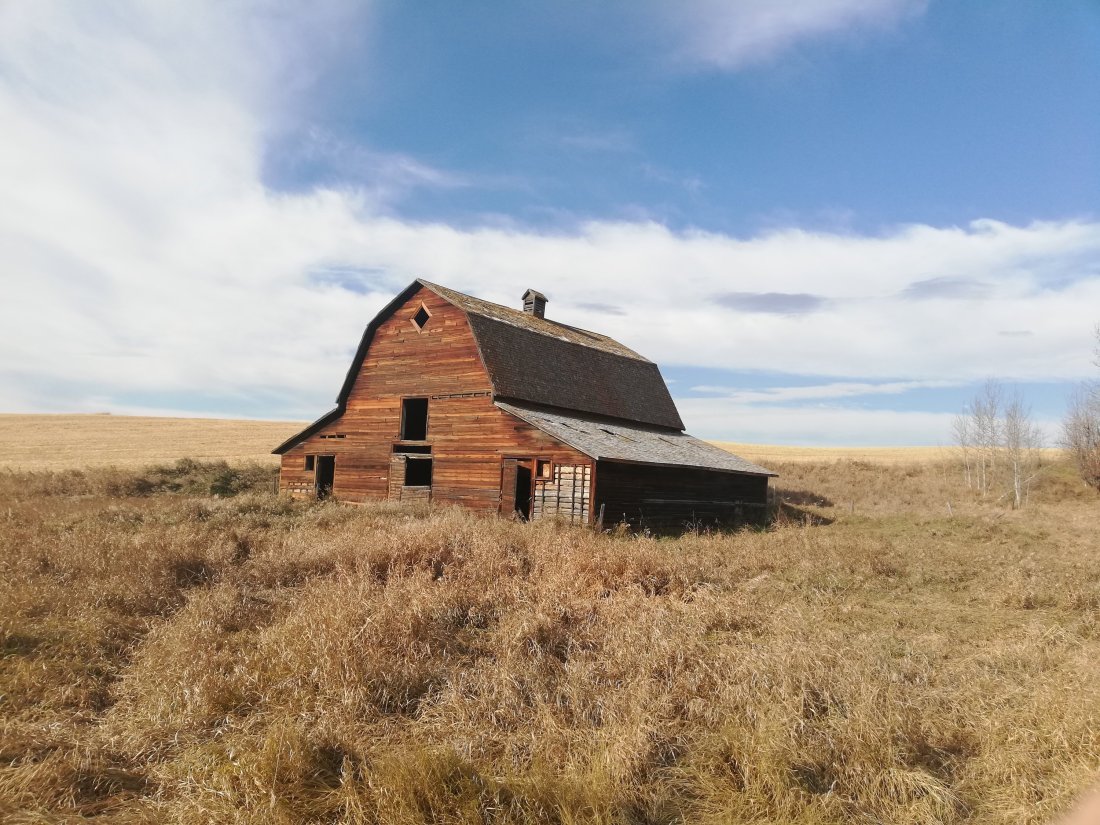 After our incredible hike around the Five Lakes with the most stunning scenery, we took the long drive to Edmonton. This first hour and a half was okay as we transitioned from the hills to the prairies…the next two hours of the prairies were fairly tiresome [it is the end of the canola harvest, so we missed the yellow fields]. The long straight roads were a bit boring on this side of Alberta, although we did see a lot of the oil pumps working. We finally arrived to meet our friends [Mira and Alex] at The Royal Glenora Club where they are members. It was so lovely to see them again, and we were glad we had made the effort to visit them. We had dinner with them at the club and socialised with their tennis friends. They thought it was amazing we had come to Edmonton to visit them 😉

Alex is mad on tennis, and this is how we met them early last year. They came to Auckland to the World Masters Games and stayed with us via AirBnB. We had an easy relationship with them and decided we were too close not to visit. After a couple of emails trying to connect, we were able to work our road trip through the Rockies and stay with them. We had thought two, possibly three nights but ended up staying four, as they were so welcoming and seemingly happy to have us!

We went to the Royal Alberta Museum the next day and spent hours here learning about the history. It was one of the best museums we have been to so far. From the dinosaurs, to the First Nation people, to the diverse economics (oil, gas, canola oil) of the area today we really enjoyed this fabulous museum. 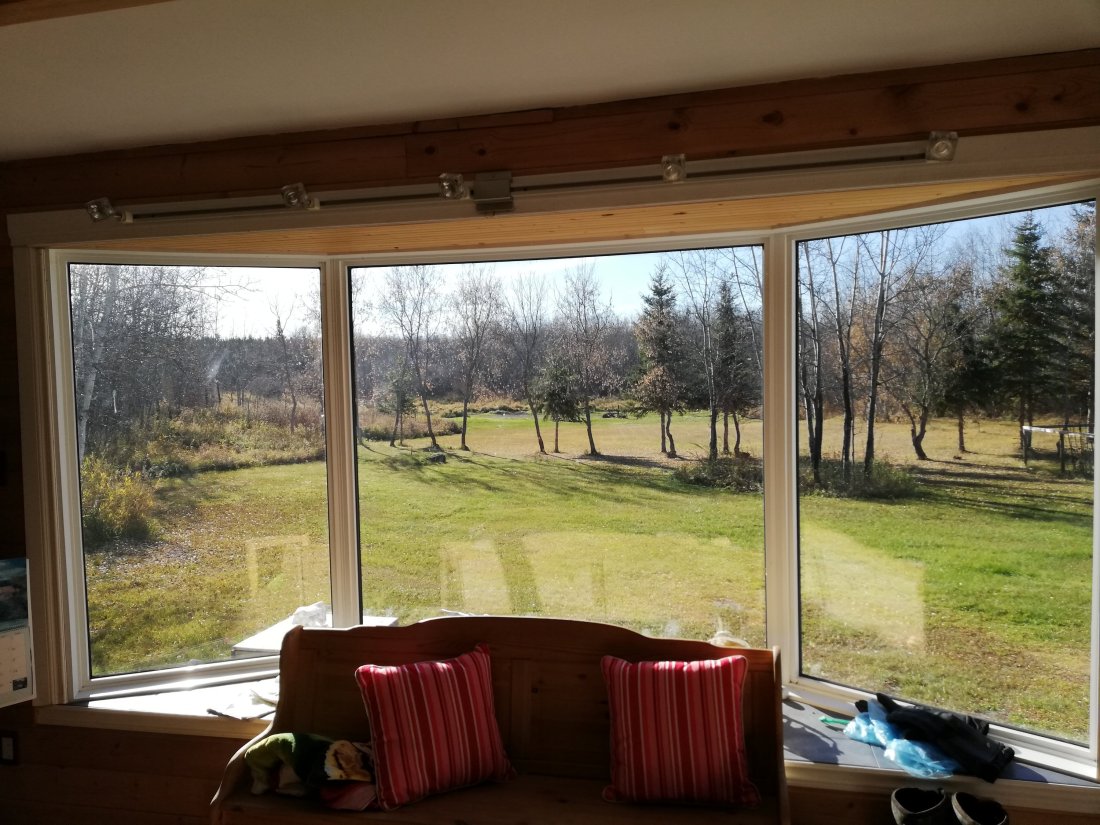 Mira and Alex very generously took us to their cottage at Lac Sante, a short 1.5 hour drive from Edmonton, although we took the long way as they took us through Elk Island Sanctuary [which has bison]. The animal gods weren’t playing nice with us, so we only saw a few in the distance, so onwards to the Lake.

We had seen so many ‘barns’ that were falling down along the way and Mira explained that they are part of the historical heritage of the area and they can’t be knocked down. We came across a cluster of them and stopped to explore. Colin of course climbed up into them [how did he know they weren’t about to fall down!!]. They are actually quite beautiful, and I have now taken lots of photos of ‘barns’. 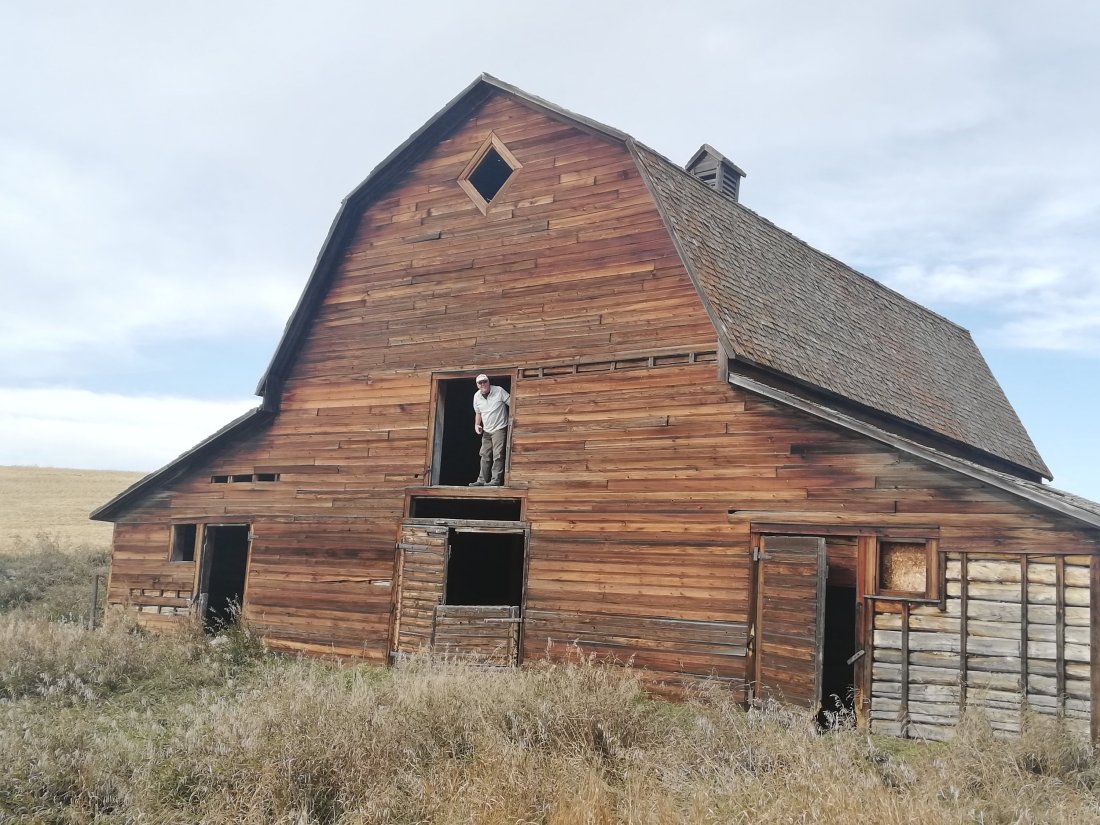 Where we stopped there was also an old house – it was a ruin. It is being returned to the earth so to speak, but we had a poke about, found an old newspaper from 1972 (figuring that is about when it was abandoned?!?). All the windows had been smashed, so the birds and other animals had made the most of the dry space. The floor was in surprisingly in quite good condition, but the porch was almost fallen down.

Once we arrived at their cottage, we had a casual lunch [left overs from Alex’s birthday dinner the night before] then Colin and Alex went for an explore on the quad bike, and Mira and I went for a walk to/around part of Lake Sante.

It is in the Two Hills area [North Alberta] and most people are shutting up their properties for the winter, as the lake freezes. Because they had snow here a couple of weeks ago, we missed the fall colours, but the leaf litter was crunchy beneath our feet and had tinges of colour left, and it was so peaceful. We saw flocks of Canada Geese and Snow Geese as they start their migratory path. With blue skies [but a chilly wind blowing of the lake] it was just so lovely. We saw a couple of beaver dens – man these guys cut down some big trees!! I was super impressed!

Colin went quadding and explored down to the river, around the lake, across farms but never found that elusive bear! [Just as well, as Mira and I had the bear spray!!!).

Mira [who is an amazing host] cooked a wonderful dinner and we enjoyed sharing travel stories and a movie with them while we waited for the night sky to grace us with its presence. While it was beautiful, we were actually hoping for some northern lights, but alas these didn’t appear.

After breakfast the next morning Alex took us out in his small ‘tin-tub’ and we had a gorgeous trip around some of the lake. On the opposite side to where we launched is a holiday community [think campground, but not tents!] so we headed over to their beach and had a walk around before exploring some more of the lake and seeing more [and bigger] beaver dens, muskrats and flocks of geese on their travels. 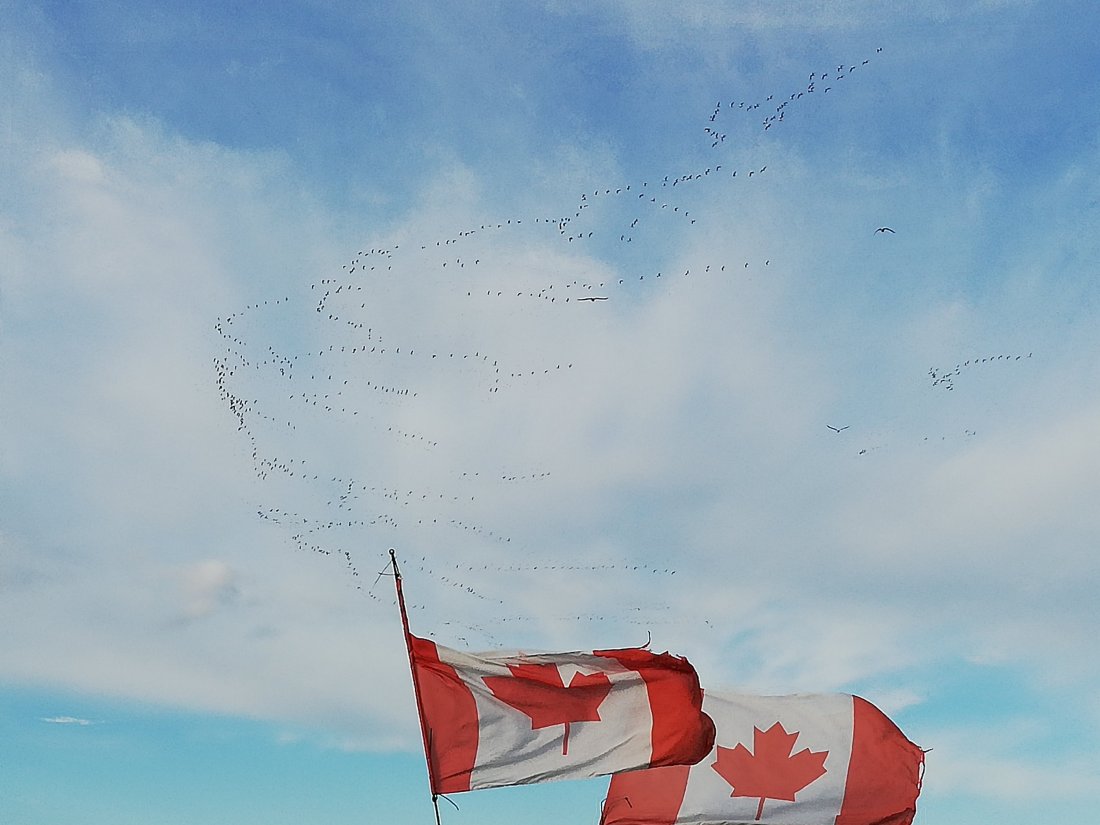 After a late lunch we headed back to Edmonton, via the Elk Island Park in the hope that those animals would grace us with their presence. Well we were in luck – huge bison sauntered down the road as dusk, and we also saw a lone coyote making his way along the edge of the bush. But the bison took centre stage – they are such huge animals, and you can hear them huff and puff as they walk along. Just the best experience. We did see them in a farm setting on the way to the park, but the park was just fabulous.

The next morning Mira took us to the West Edmonton Mall – it used to be the biggest mall in the world!! Apart from the shops [800 of them!!] there is a waterworld, ice rink, theme park, minigolf, shooting range, marine land complete with seal show and a petting zoo. This took two hours just to do the tour …… just amazing.

So after a late afternoon lunch, we packed up our things, said our goodbyes and headed to the Badlands in Drumheller. Who has heard of the Badlands? Not me! Will let you know what we discover in a few days. Chow for now 😊