So every time I went up to deck 14 for breakfast, lunch or dinner I told myself I won’t have cake today!! But they are always so fabulous and I tell myself, if we didn’t have them, it would put someone out of a job! 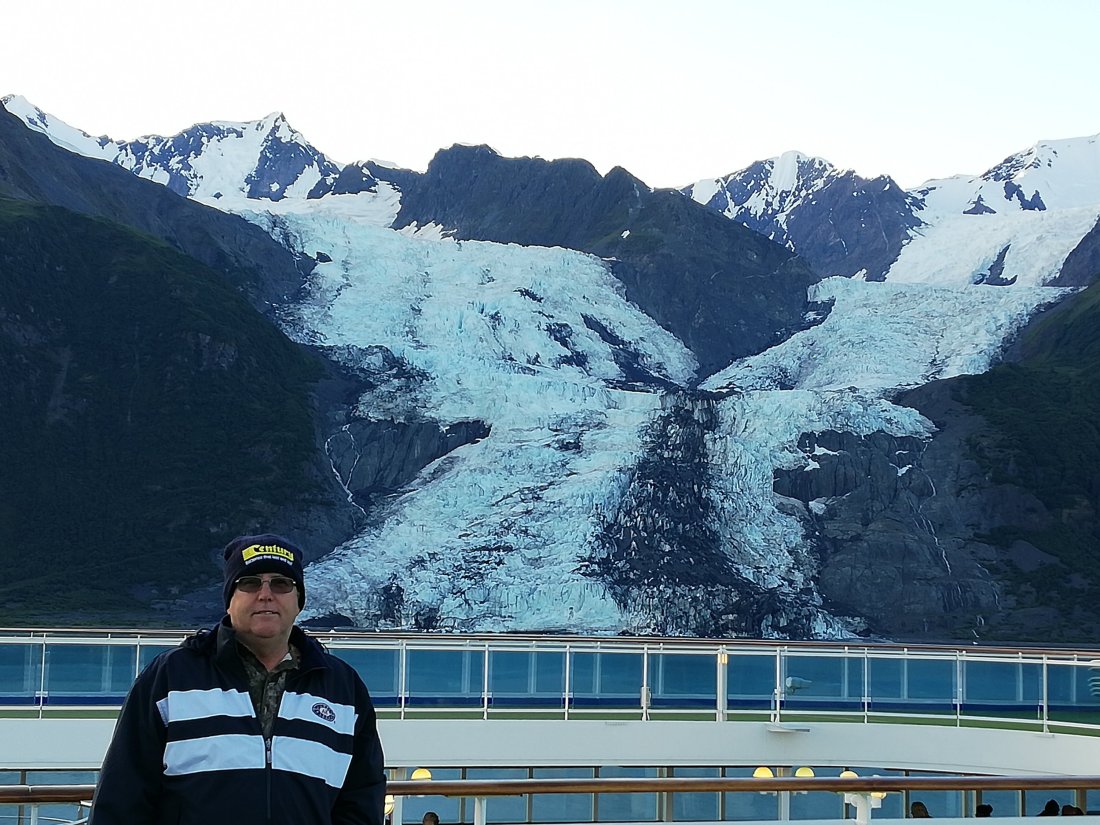 So where do you look … everywhere is a visual feast of amazing wonders of this world. I think that this glacier was skunk tail glacier. I needed the visual prompt! 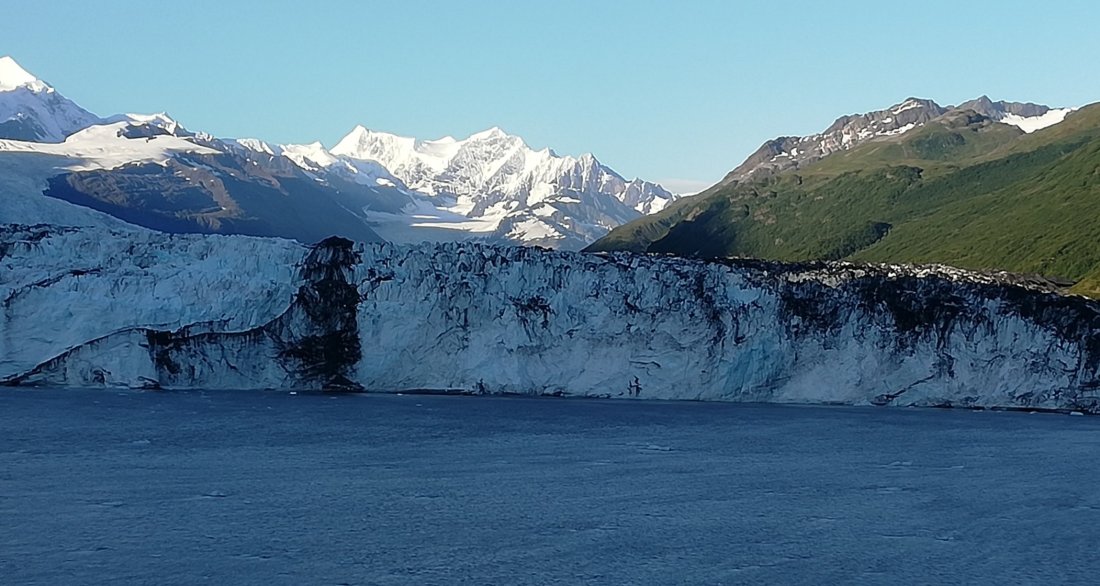 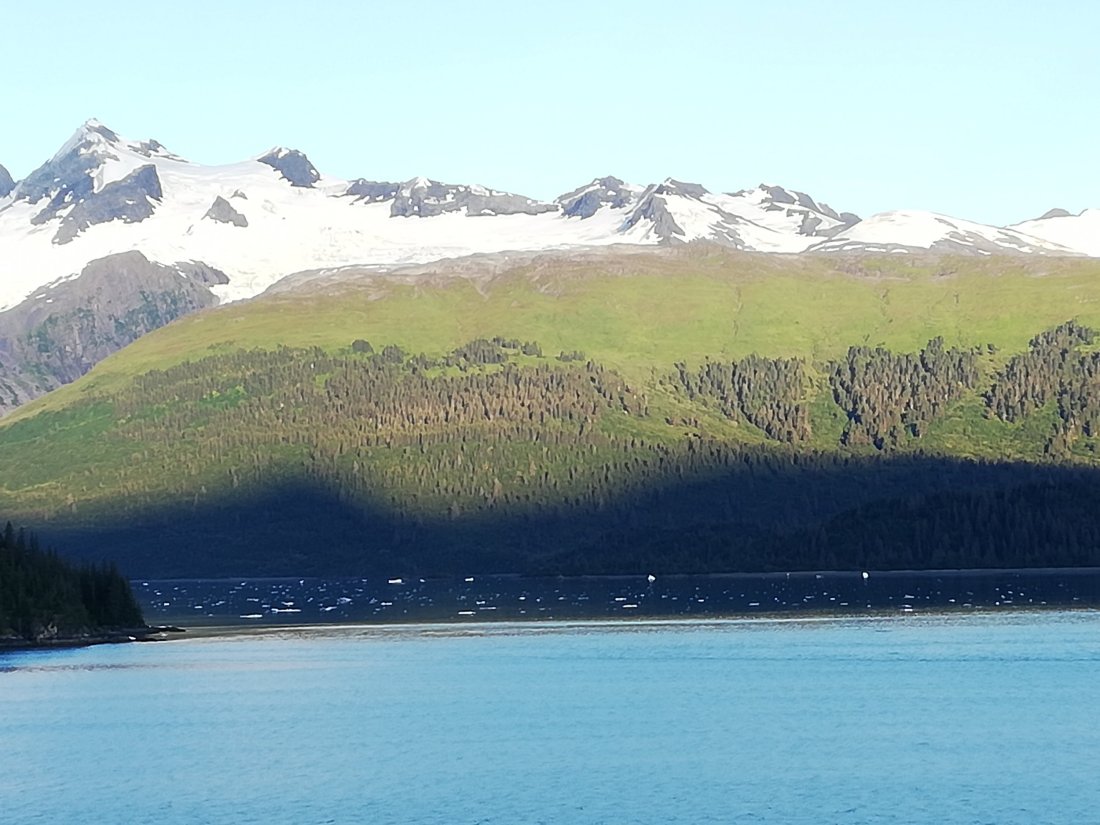 These glaciers are beyond beautiful and so huge it defies even the photos. The biggest one we got close to was 300ft at the face of it!! Twice the height of the ship … even saying that doesn’t give you any idea of just how huge they are. And note the ice floating by … 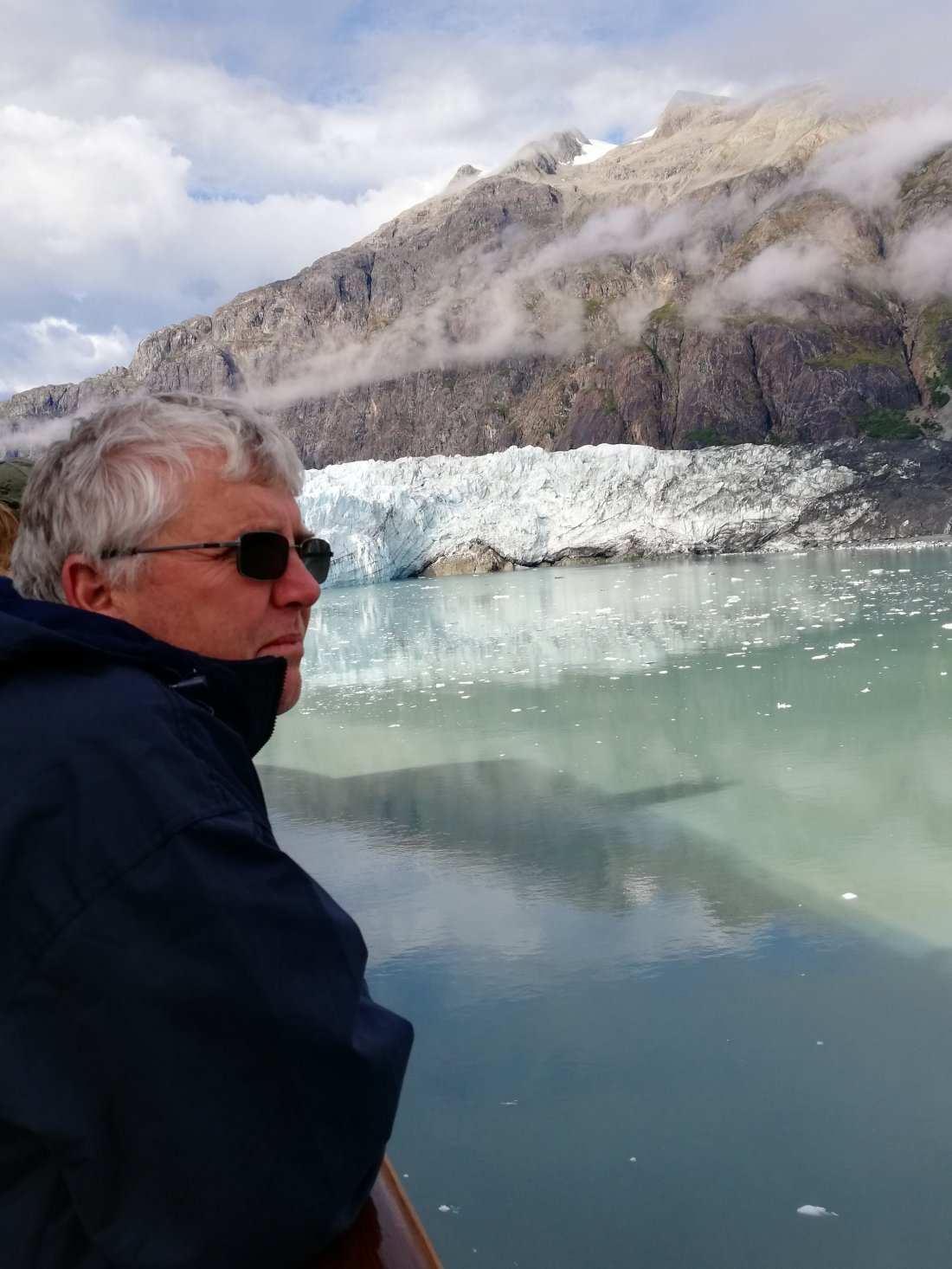 Amazing scenery, amazing wildlife and it is just so serene … we were up on deck for hours just watching and listening to the ice ‘crack’ and then ‘calve’ huge lumps into the sea. We had an amazing couple of days with the weather being kind to us while we cruised through Glacier Bay and College Fjord.

While it was cold, it was only 8 degrees, but when the ship is moving at pace the wind chill is the thing that gets you! 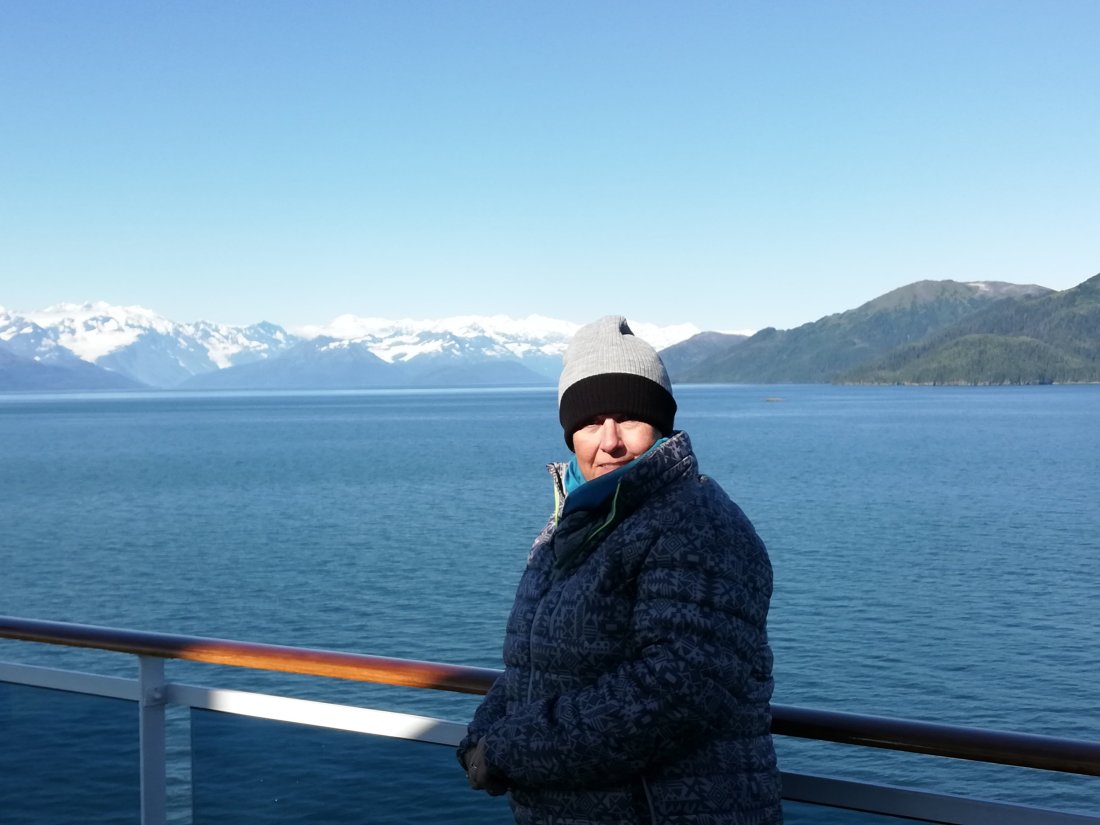 Glacier Bay is a National Park and is a wilderness of frozen rivers creaking and groaning as they make their way to the sea, before you hear the ‘thunder’ and pieces drop in to the ocean. We saw Orca, sea otters and whales in the distance. It is the most pristine place and we had the most glorious weather.

So after seven amazing days cruising, we headed to Whittier for the next chapter of our story. I will try and get another blog done before we leave in the morning … I mean we have only been here two days … I won’t have much to say!

ps: we were at a comedy show on the boat, when an [older] man in front of us became unwell. I leant forward and asked if they needed assistance. They did, so I bolted from the theatre … with the comedian in tow [ he was incensed I was leaving early! ].

I tried to find a staff member [no ushers are based in the theatre, so I found a bar dude] and advised him that a guest required assistance. He didn’t really know what to do. I told him to follow me back into the theatre [of course we were sat in the middle!] but he didn’t follow me!!! The comedian saw me come back in and tried to engage with me, but I was trying to ignore him and help the unwell man. I had the people move out of the way [told the comedian is was a medical and to carry on without me…he says ‘that just got awkward’ and tells a bad joke about Filipinos having to clean up poop after people!!], as his wife and I took out her husband.

In the end I hung up, told the [dude] to get housekeeping [to clean the theatre] and to let anyone who turned up that I was taking the guest to their room [other end on the ship!].

I took the guest to his room, made sure they were okay and headed back to the theatre. Housekeeping had only just turned up and wanted to clean after the show! No way was I having that and dragged them in with me and told them to get to it. I tried to tell them that the man [who had been sick … into his hands] had held the hand rail exiting the theatre … that was also lost in translation!!

Anyways, people around where we were sitting thanked me for my troubles. As we were leaving the cruise director asked us how our evening was and so I told him that the staff were incompetent…gave him the guests name and room number and he basically dismissed me. No thanks for my effort, have a bottle of wine with dinner … NOTHING!!! I don’t think that they will like the feedback I have just done online for them!!

pps: I left a note for the people the next day as well, as he [they] were really embarrassed and I just wanted them to know it didn’t matter.