While visiting Daytona Beach we decided to visit the Racetrack as tours are available when there are no events on. The tour takes you out onto the track, the opportunity to stand on the start / finish line, visit the media centre, victory lane and a chance to be in the grandstands. The track on corners 1-4, is banked at 31 degrees and is much steeper than you would think. It was great to stand on the start / finish line, and I am sure when the Daytona 500 is on next, I shall have a bit more interest in it!

At the finish they leave you in the Motorsport Hall of fame, where we found our very own Scott Dixon, amongst many other famous drivers. The speedway can seat 100,000 and can accomodate a further 100,000 in and around the venue. It is just huge and if you are sitting in the back row it is 16 stories high!! They have their own hospital fully equipped with trauma doctors and nurses, in case of any accidents. All in all, it is a pretty impressive venue. 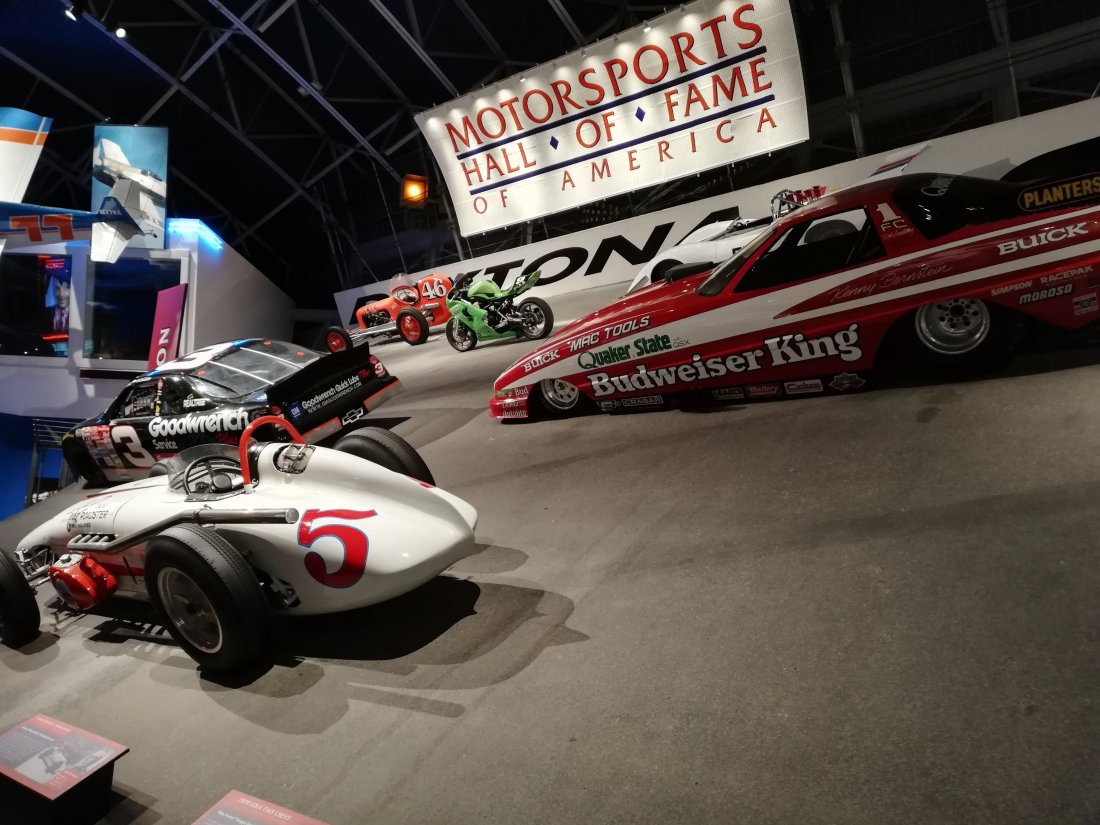 From there, we headed on down to see the Ponce De Leon Lighthouse. This lighthouse is 175m tall with 203 steps to the top. It is the tallest lighthouse in Florida and as much as I am not enjoying heights anymore [I am not sure why this has happened?!?] I made myself go to the top. 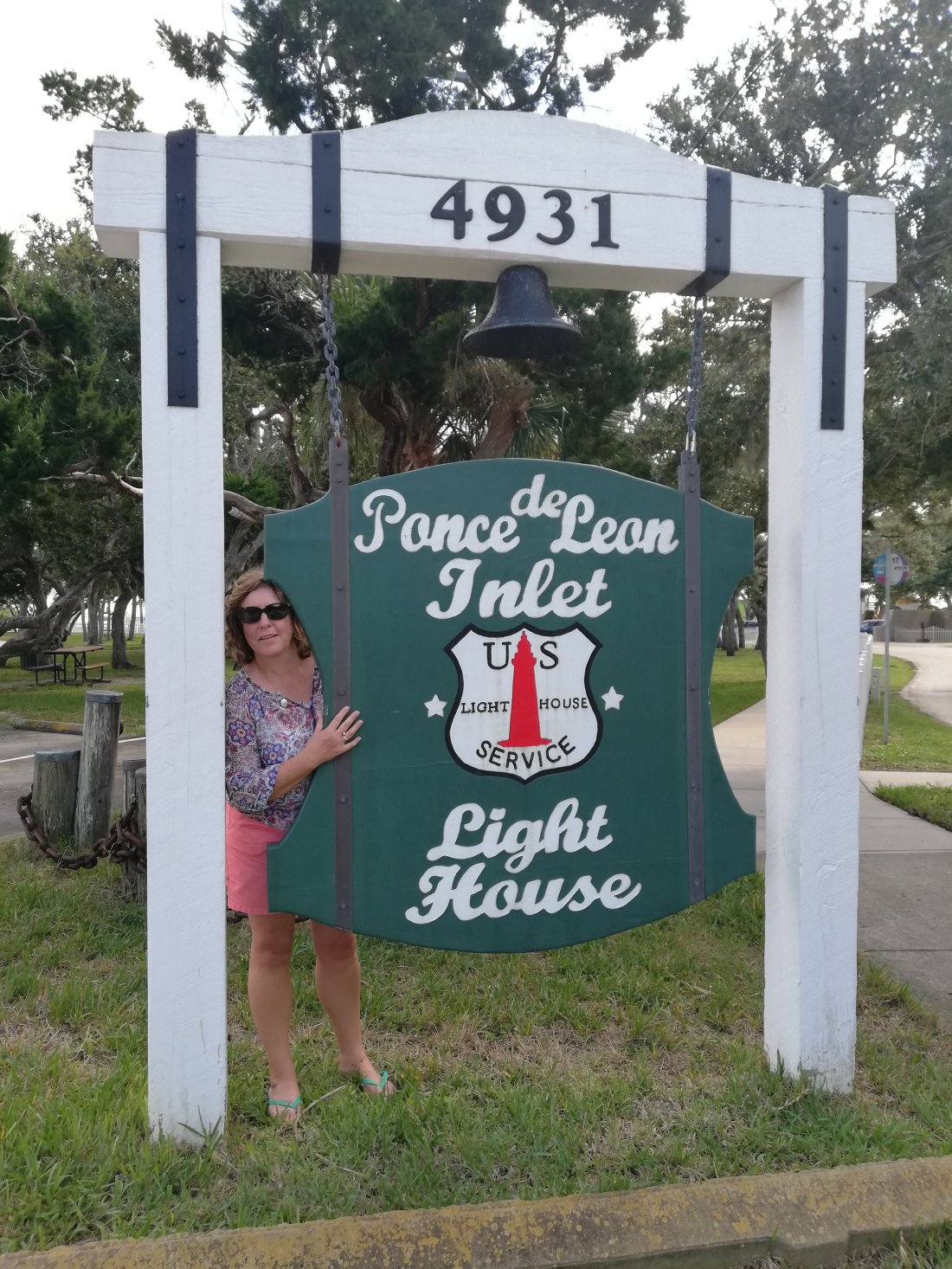 As you get higher and higher, and it gets smaller and smaller – your head just goes around and around. I was out of breathe from the climb [17 stories] and was just about hyperventilating from fear as I walked out onto the little balcony. I made myself inch around the entire deck, before the gruelling task of getting back down the stairs again! My legs were like jelly, and as much as I loved being back on terra-firma, I am glad I did it and can’t wait for the next one!!

You get the picture – there are museums at all of those sites and a whole pile more! So if this is the oldest town, it sorta makes sense that everything here will be oldest … just saying !!

We decided to get the hop on/off trolley here as the parking is $15 per day and the trolley is only $25 [and we booked a motel just out of town!]. We wheeled and dealed and ended up with a three day pass 👍.

We have visited the oldest jail, oldest store, oldest drinking fountain, oldest house and walked up the oldest street.

The jail tour was actually really interesting … we discovered Mr Flagler provided the funds for the jail, as he didn’t like its ‘current’ location. He also stipulated that he wanted a nice building as he didn’t want the jail, to look like a jail and he didn’t want it in town. So they built this gorgeous building which had horrific conditions inside!! The prisoners even had to build their own gallows to be hung from.

At the oldest store the showed us the storage room which was boarded up for the war [as the shop was to be used for army supplies] and then forgotten about! So the items on display are all new, but old. 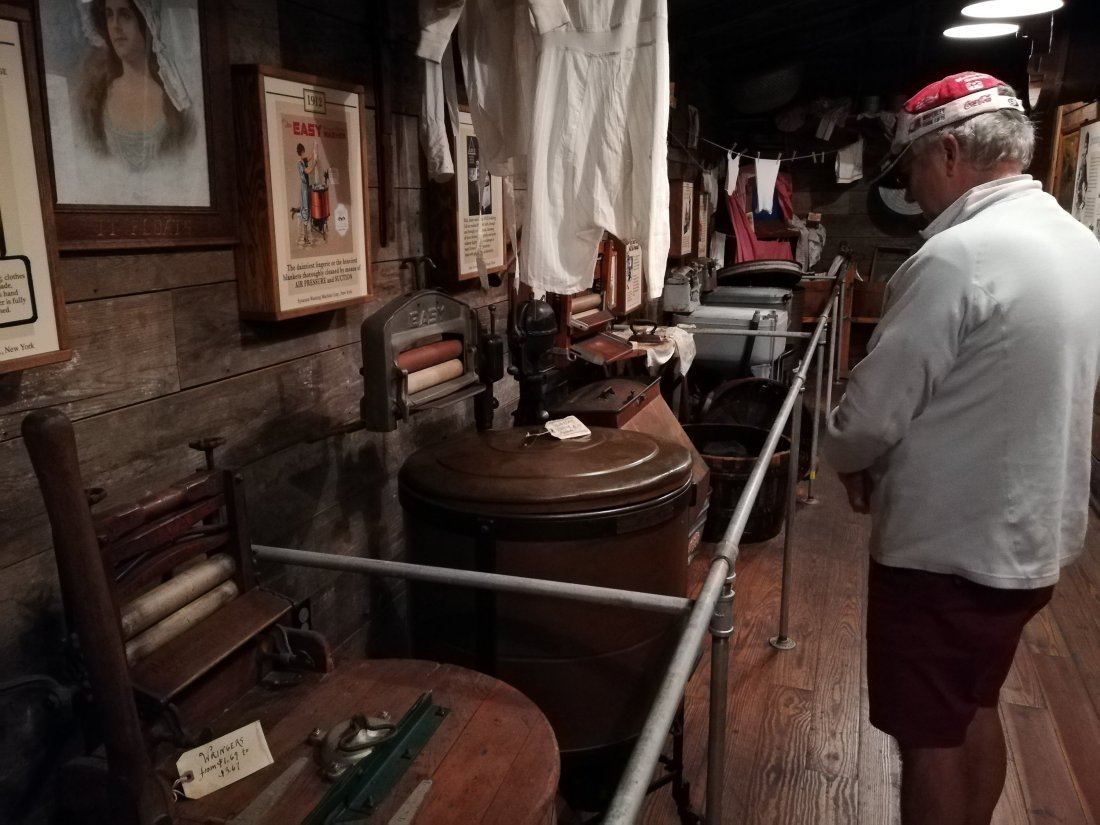 We walked down the oldest street and saw the oldest house, and had lunch at the oldest hotel in town. We also have been to the museum and learnt more about Mr Flagler! We have also visited the gorgeous College which is named after … you guessed it – Mr Flagler!

There are lovely cobbled and tree-lined streets. There are also hundreds and hundreds of kids in town as when the tourist season officially closes, it becomes school season! 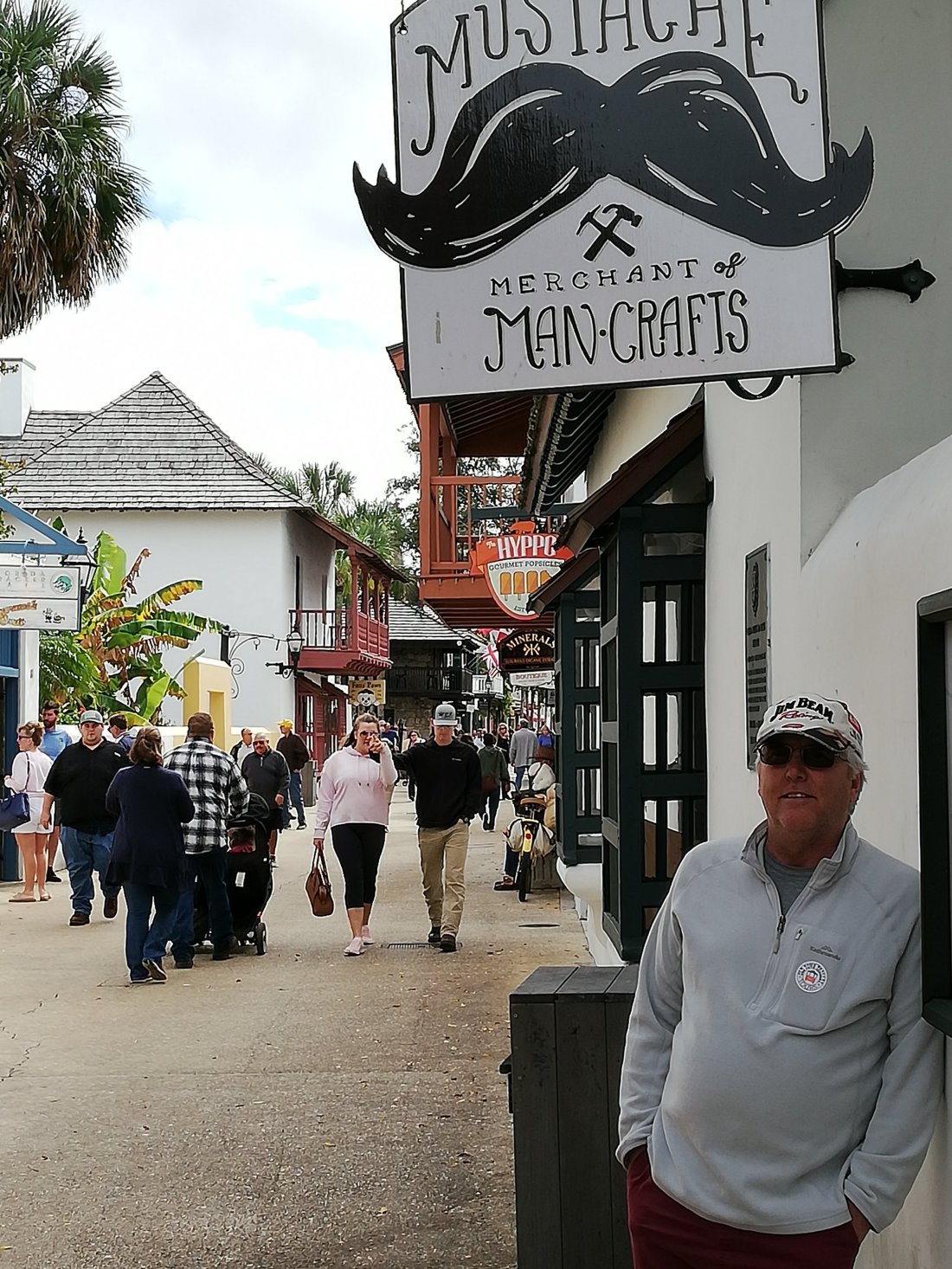 Next on our ‘oldest’ to-do list was Castillo de San Marcos which is the oldest masonry fort in the continental United States.

We spent ages here checking out the history and seeing the cannon display. The kids all thought that was pretty good, but not good enough to see twice!! They had the option of a second ‘fire’ or go shopping – they overwhelmingly chose shopping?!?!

So I started [well nearly] this up a lighthouse and I am going to end it up another lighthouse. I just love them, even though it beyond gives me heart failure at the top. The St Augustine lighthouse is not quite as tall as the Ponce de Leon (165ft) but has 10 more steps. I climbed this twice, as it was quite late when we were ready to leave the park and the sun was starting to set, so I headed back on up by myself [Colin wasn’t doing it twice!!] 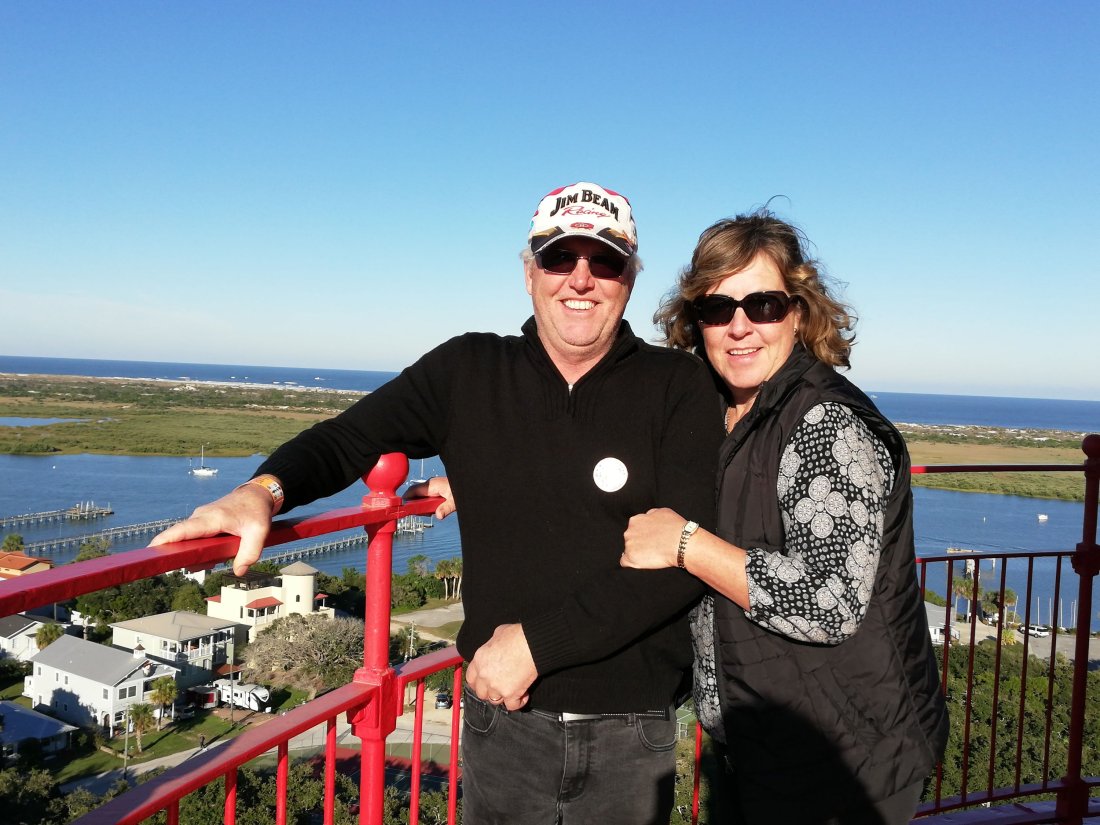 So there you have it, our adventures as up-to-date as they can be.