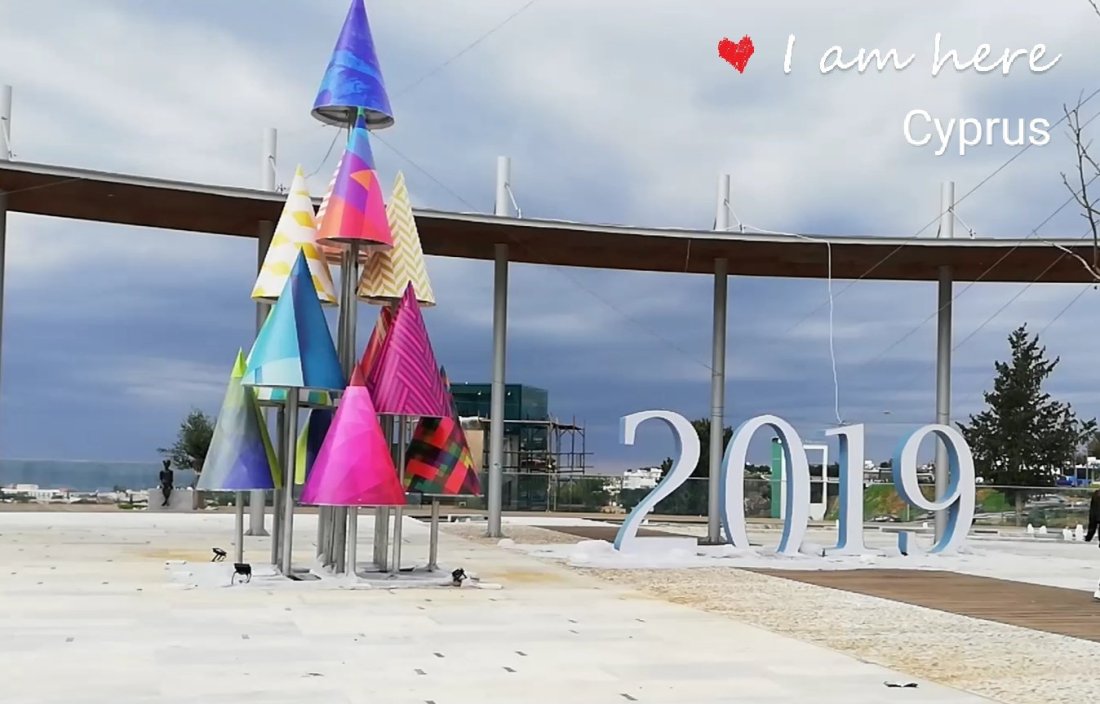 So we arrived before Christmas and saw in the New Year, have seen incredible rich history, made new friends and loved our new furry friends. Our home for the past three weeks has been in the village of Tala [picture below]. The picture above is in the town of Paphos, which is a short 15 minute drive towards the coast.

So before we packed up to leave we had a few places left on our to do list. We visited the Castle [Fort] in the port of Paphos and walked around the waterfront. The castle was built circa 965AD and has an intriguing history – destroyed by an earthquake in 1222 [and rebuilt], pulled down by the Venetians in 1570 and rebuilt in 1592 by the Turks to protect the harbour. It has been used as a prison and during the British occupation [who took it from the Ottomans] as a salt warehouse. It is surrounded by a moat and is often the backdrop for concerts during the celebrations for Aphrodite in September.

Around the top of the castle where those fences are, is where the cannons were located. It would have been a formidable site to see this [fort] sitting at the port entrance with these in place, but clearly it wasn’t impenetrable as it kept being invaded! 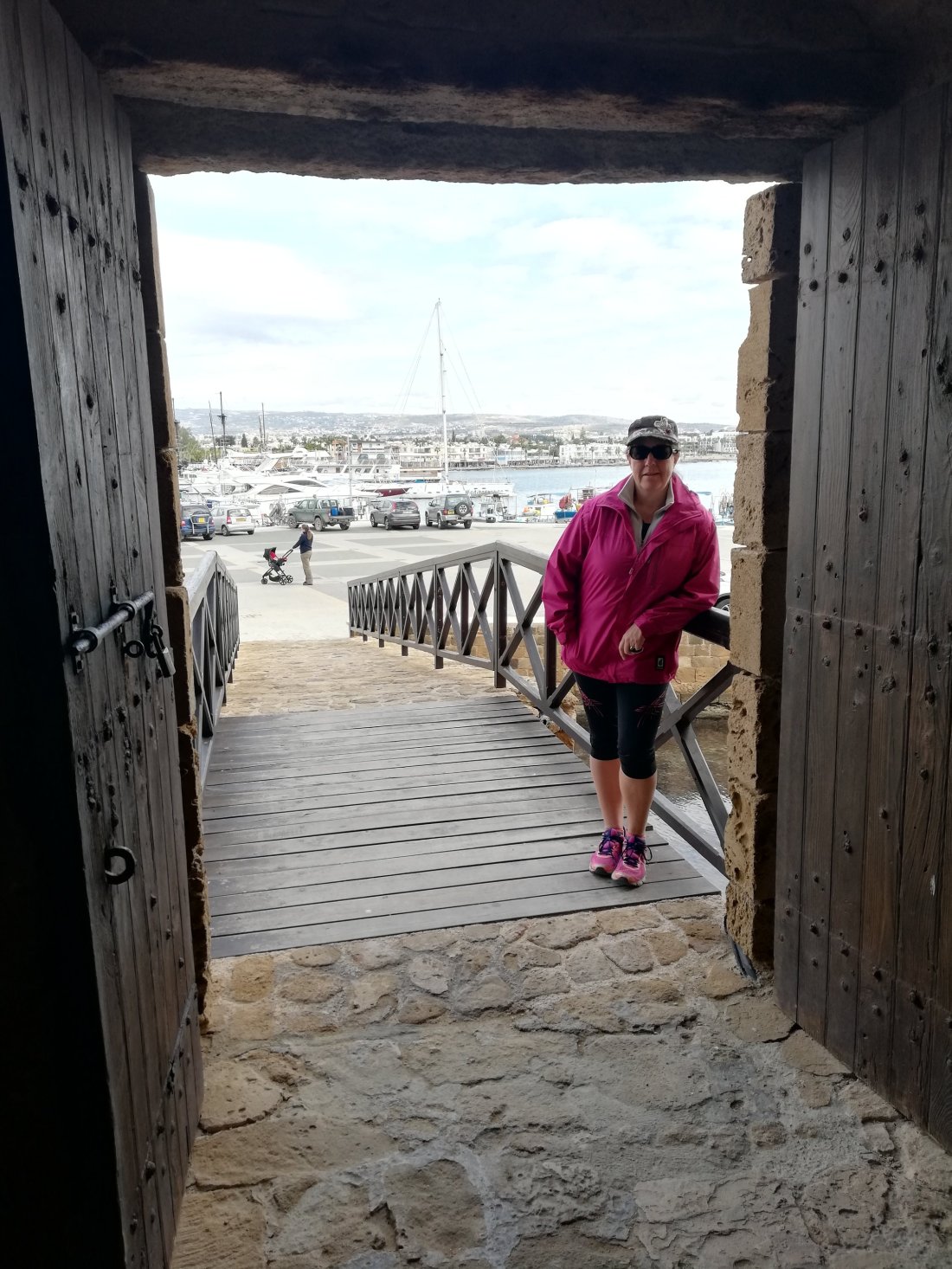 One way in through these ancient doors and across the moat [which is unfortunately got a lot of rubbish in it!].

Inside there are information boards around the walls to let you know the history of the castle and the area, including the sea life, diving and the ship wrecks along the coast.

After we had explored the castle we walked along the main waterfront area, past all the eateries and tourist shops. There were several people in swimming, but I can tell you that it wasn’t warm enough for that!! I am sure that this is a bustling place in summer, but not really a nice place to swim, with all the seaweed.

A couple of days later we drove a bit further around the coast [to Peyia] for a coastal walk to the sea caves. It is quite uninhabited [along the walkway], although the houses we did see were pretty big. There is a ship wreck [Edro III] which garners a lot of attention. The ship was wrecked here in 2011 and is now just ‘part of the landscape’! It is actually protected, as are the other 12 wrecks!! Cyprus is said to be one of the best places in the world for diving and with all these wrecks, you can understand why!! 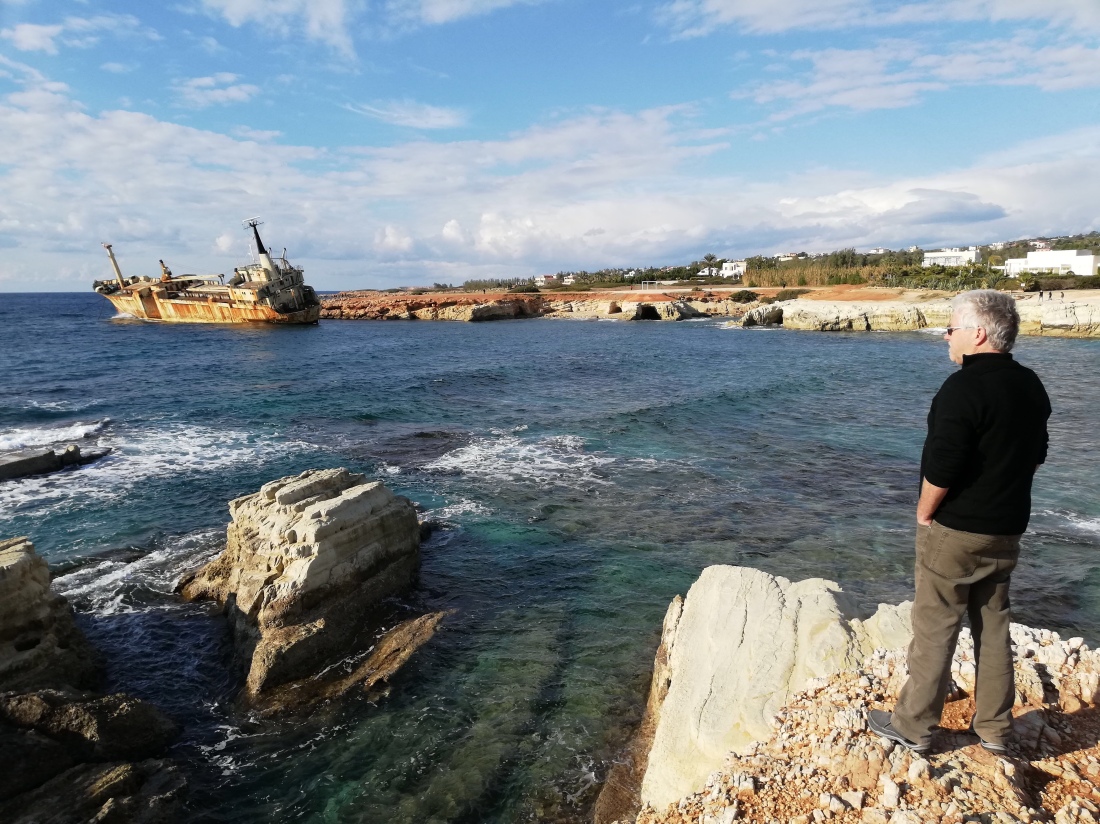 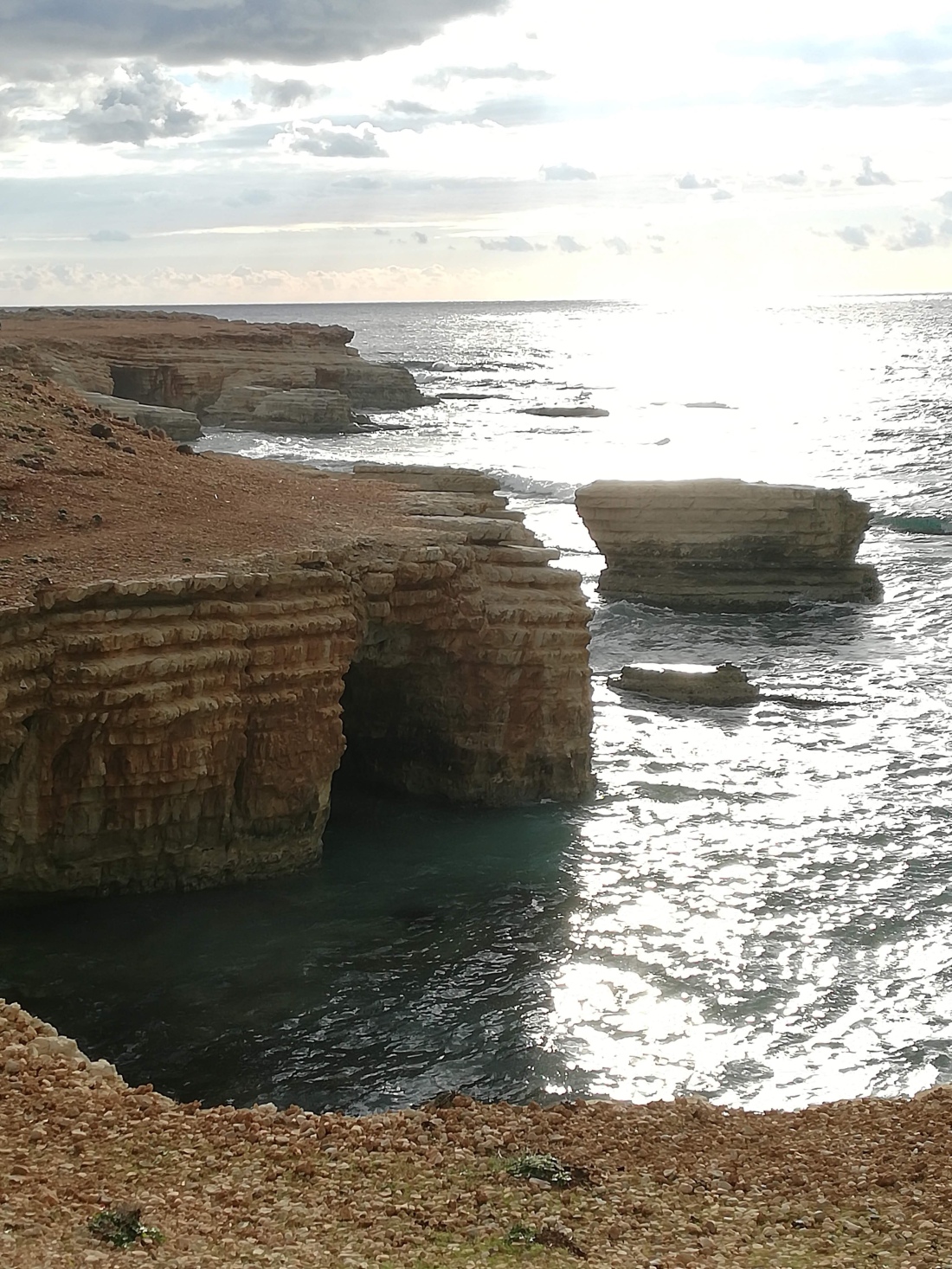 As we walked along the walkway, we were again surrounded by rubbish – lots of dumping of rubbish in various places. I am just continually bewildered by the rubbish 😲 It is amazing that the sea caves are promoted as a geological place of beauty and wonder, and yet there is so much rubbish littering the shore. Apparently in years gone by, this area had been a seal habitat, but years of us ‘humans’ desecrating this area they have all left. Such a sad depredation of our [human] legacy on this planet 😔

So the last week has seen some intense thunder storms, enough rain to float the ark, us [dogs, cats and humans] all being house bound and with only very short walks in between the heavy rains. This incredible rainbow [never seen such a bright one before] was gobbled up by the storm clouds. We retreated to the fire and endless cups of coffee. Of course this gives us time to do research for our next destination and beyond.

We had one fabulous day before the rains set in, so it was a bath for Bailey, Brandy and Peep … what are the chances of them looking so clean and beautiful for when their owners arrive home 😂 🤞

We met some lovely people out walking our dogs, and caught up with one friendly [expat] couple for drinks at our local in Tala, before we left. Of course we have invited them to NZ as well.

So after a day cleaning the house, making dinner for our home owners [HO], walking our ‘girls’ for the last time, collecting our HO’s from the airport and then a lovely night catching up with them, it was time to say goodbye to Cyprus. Julie and Iain were wonderful people and were so generous with our time in their home, and we loved that they trusted us with their ‘girls’ – all 7 of them!

Today we have driven from Paphos to Larnaca for our flight [Monday 7th Jan] … Malta awaits! ✈️ 🌞

“No matter where you go … you are there”