We left Cyprus on a sunny day and flew to Malta … 2 hours 40 minutes on an amazing flight with Emirates. We had actually booked with Air Malta, but it was a code share [lucky us!]. From checking in at Larnaca airport through to arriving in Malta, it was just the most wonderful experience. We had a delicious lunch with a glass of wine, full entertainment and we think a kiwi pilot [he sounded like home!]. No wonder Emirates win so many awards … and they sponsor ‘our’ boat, so they must be good!

We got a taxi from the airport to our ‘home’ for the next week, which is in the fortified walls of Cospicua/Bormla [one of the three cities]. We met Steve who entertained us for the afternoon, then Sara who told us the important things! Their home is a crazy, quirky building [5 levels if you count the roof!!] with ‘scary’ stairs to Steve’s office and roof top balcony. It overlooks to the harbour and Valletta beyond. There is no road to their house, so we had to walk down the stairs. 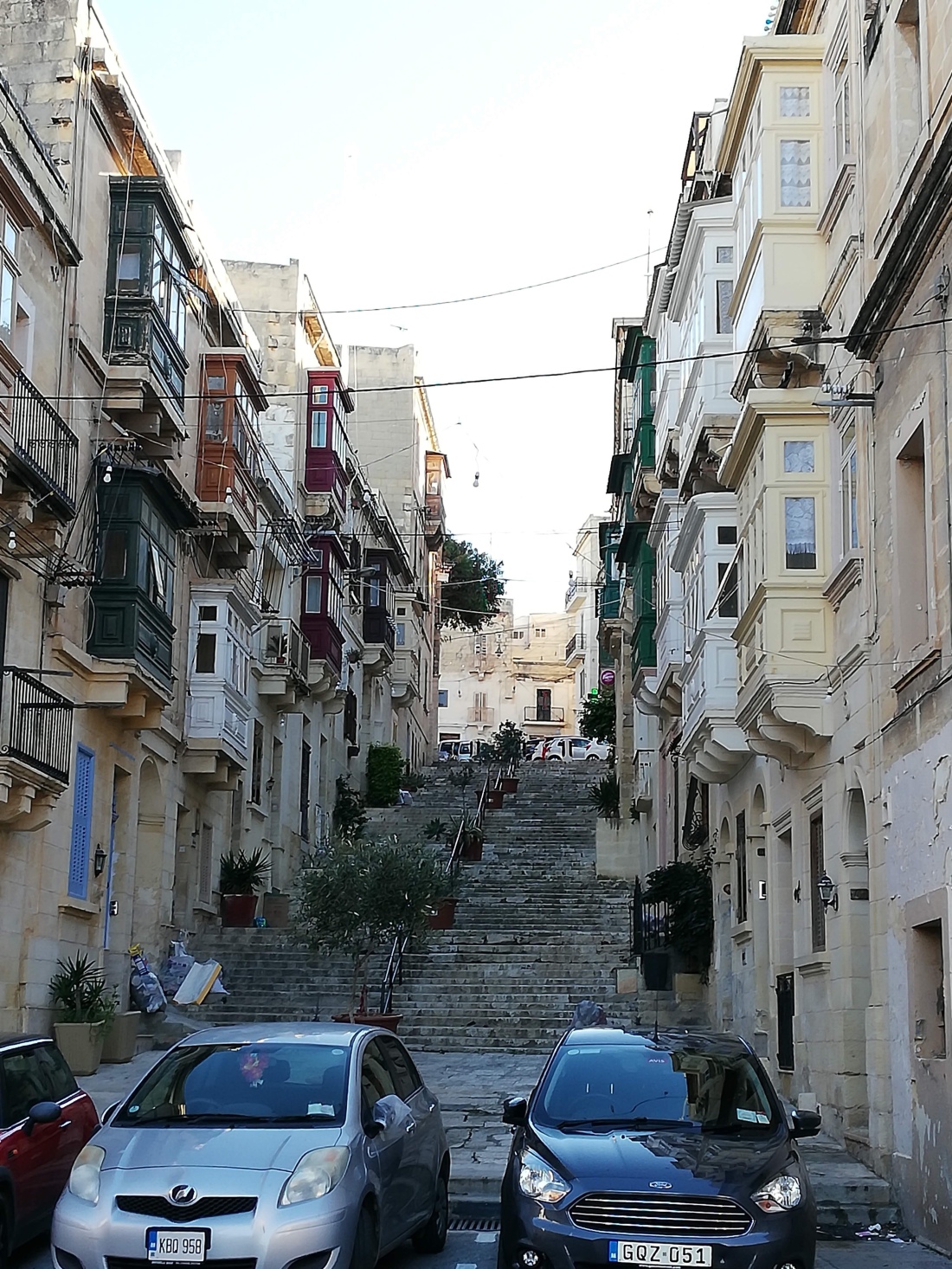 This is the view from the roof 😮 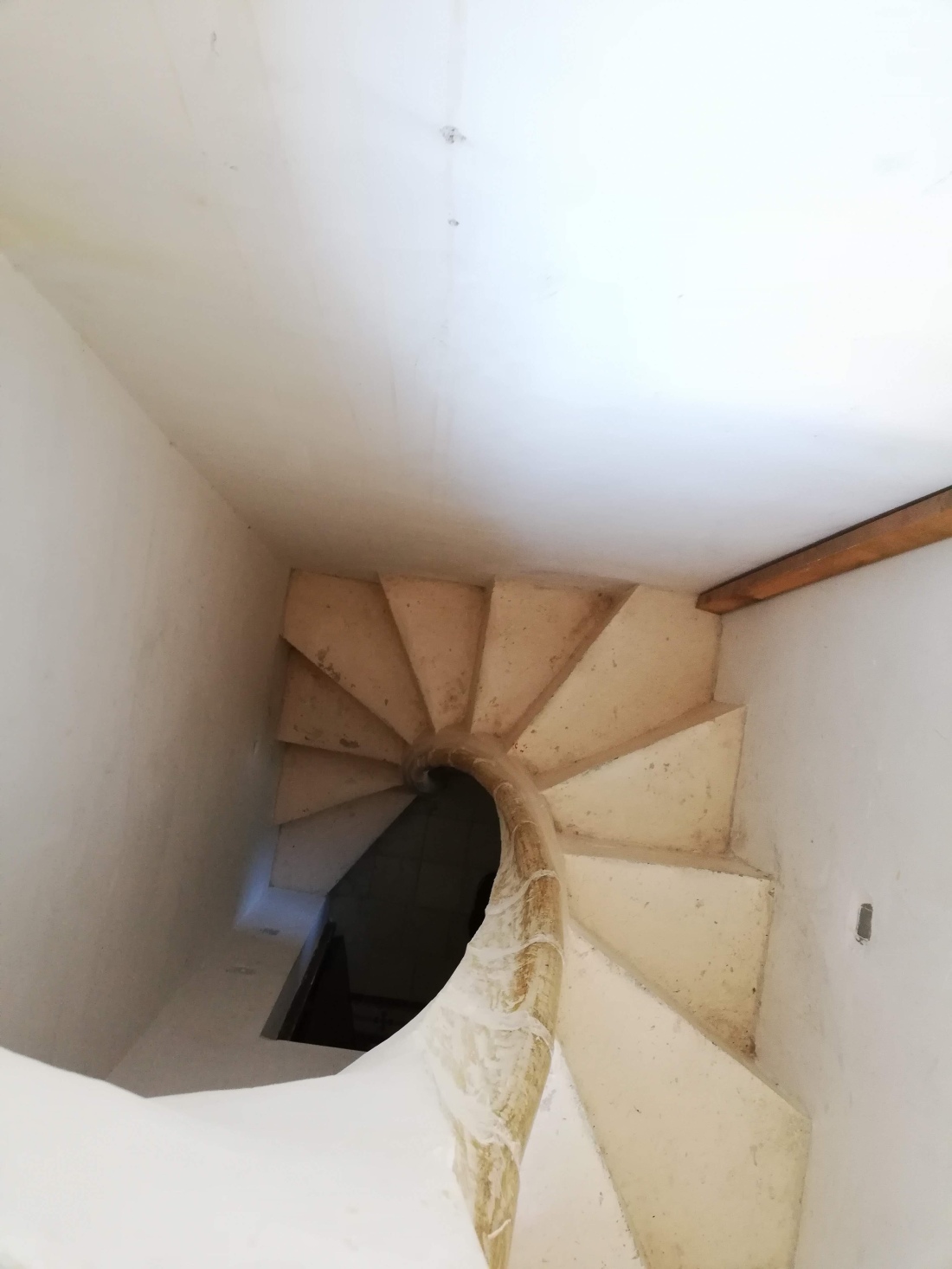 These stairs are treacherous! You wouldn’t want to have a wine or three on the roof and then get back down these!

It is just incredible to have the opportunity to stay in a place with such history. Malta has had a turbulent past! From the Romans to the Phoenicians, the Arabs, the Norman’s, Napoleon, the Knights of St Johns and the British (and a few others!) Malta has been ‘the want’ of many civilisations over the past few thousands years.

It became a British independent in 1964, became a Republic in 1974 and joined the EU in 2004. It is a ‘jewel’ in the Mediterranean [and the smallest country] and was apparently the ‘nurse’ during the war, serving to look after soldiers who were injured. There is a fantastic hospital here built in the mid 1500’s, by the Knights of St John. It was ‘world-class’ and ahead of its time [doing amputations by guillotine rather than using saws!]. It is the most beautiful building and you can just feel the history, imagine the life of a time gone by. There are a few paintings left on the walls, but ultimately now it has a theatre built into [what once was] the gardens, and the hospital part now has all manner of events and functions. 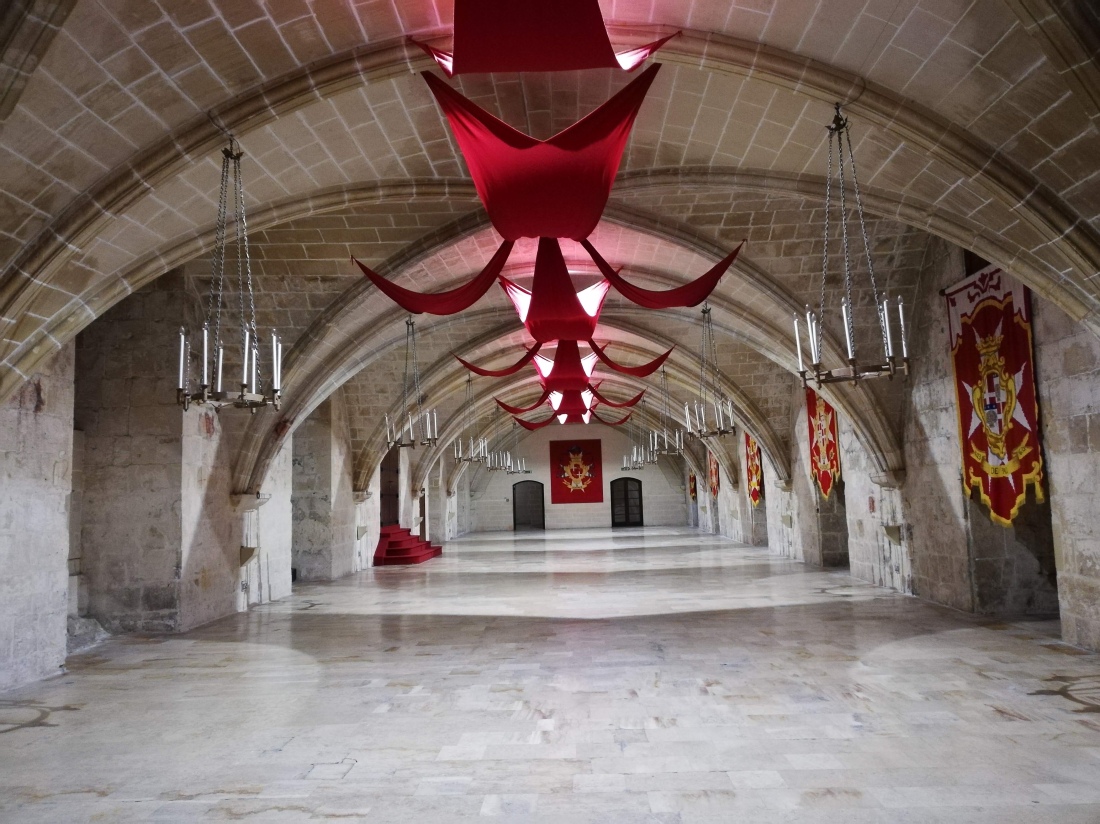 So on our first day here is was stunning. We decided to headed Valletta on the ferry which was only a short trip, but just so incredible. From all the fancy boats in the Grand Harbour, the amazing buildings and the fortified walls of Birgu, Senglea and Valletta (it took 9,000 people to build the fortress of Valletta in the mid 1500’s 😮]. We walked and walked and walked around Valletta – it is just so enchanting, incredibly beautiful and the buildings just magnificent.

On the ferry … in Grand Harbour

Valletta on an absolute incredible day 😊

From the Grand Barrakka Gardens

Approaching Valletta … the lift [on the left] takes you up to the Gardens. 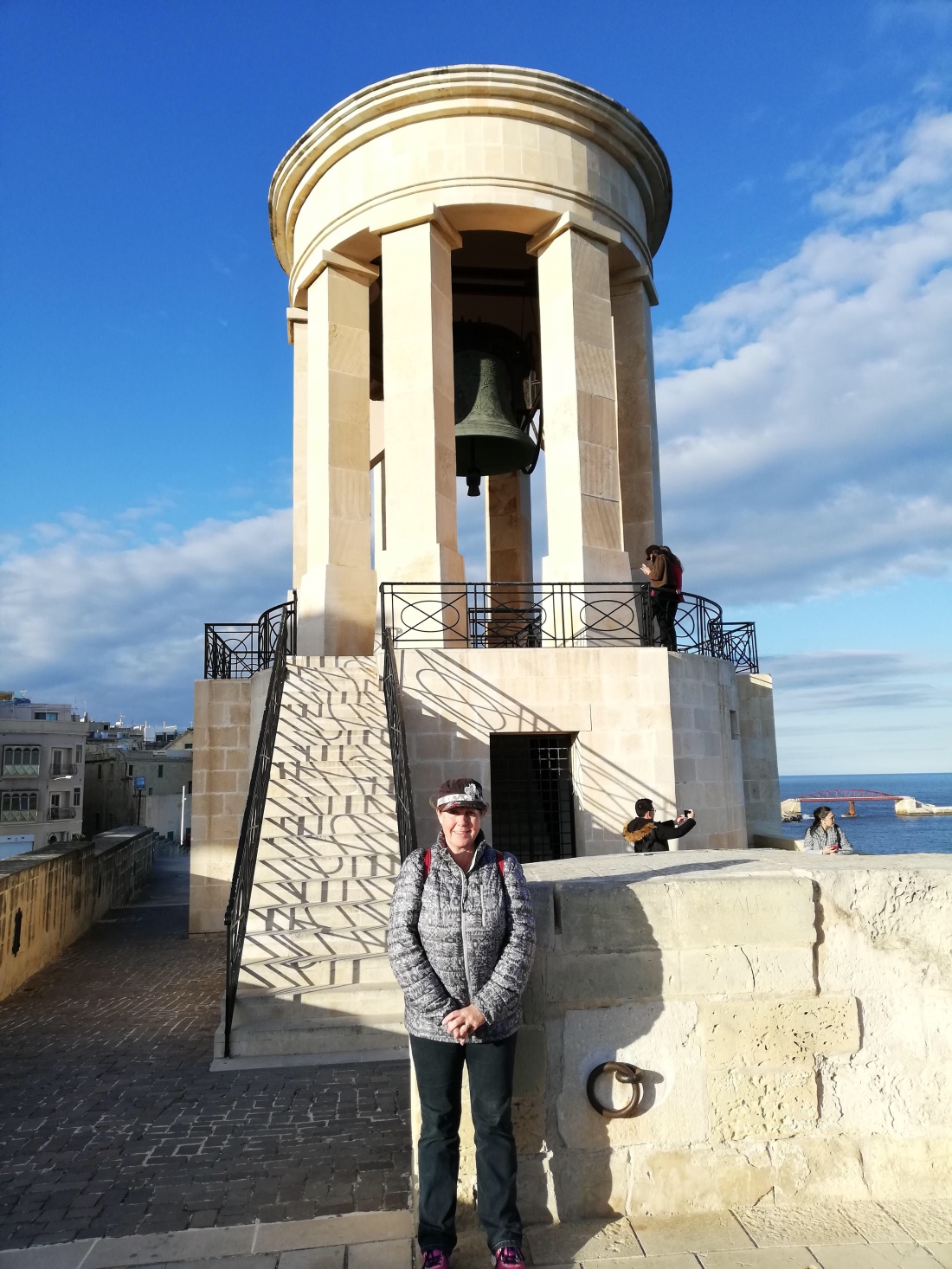 The Bell Tower monument to ‘Malta’ for the receiving the George Cross. It is to honour the 7,000 people who lost their lives during WWII, during the seige of Malta.

“at the going down of the sun … we will remember them”

There is just so many things that make you stop and look, things that delight you, surprise you and just simply astound you. I have taken hundreds of photos, around every corner is another building or vista that is just breathtakingly beautiful.

So this is us out exploring the neighbour 💖. It was a cold, wet and windy day but out we went. I love that some of these streets are careless, and that the ‘people’ have taken ownership of them and keep them looking just gorgeous. 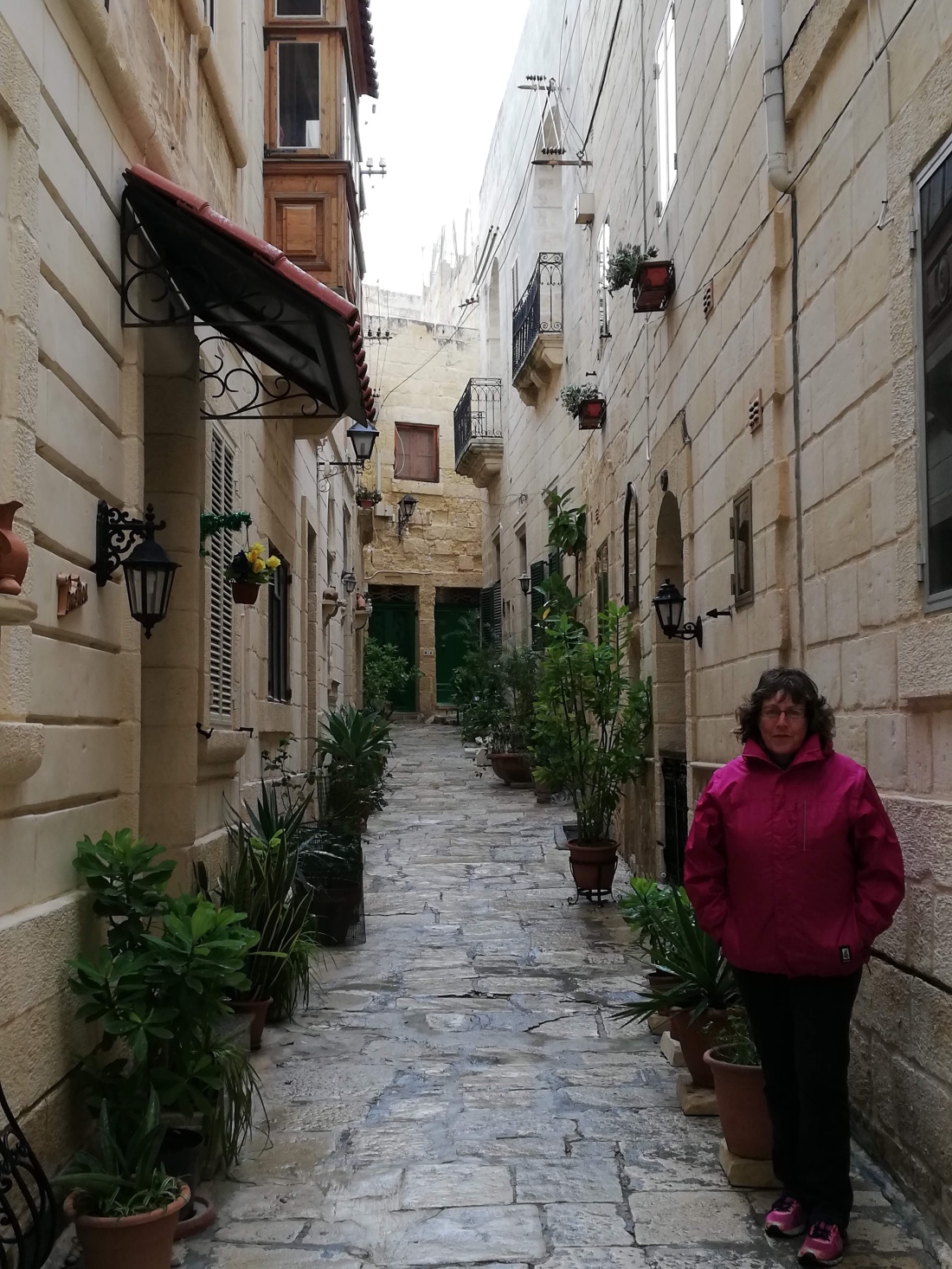 We visited Fort St Angelo which is another place with just amazing history. We spent a couple of hours here and tried to take in the history – our wee brains are saturated!! In the early 1800’s the Royal British Navy ‘garrisoned’ the fort and they remained here until 1979. There was so much other history here, but I just can’t remember everything!! It had amazing view of the Grand Harbour and across to Valletta. 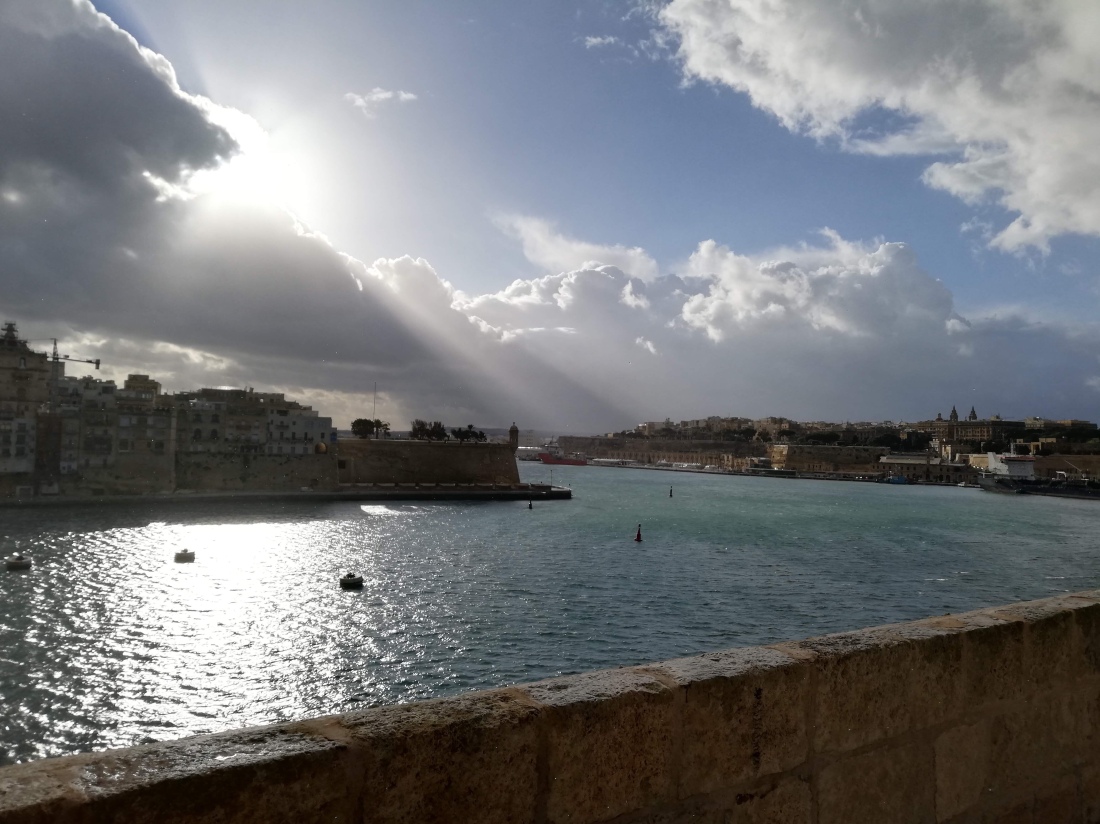 So that is us, two days in – our minds overflowing with sights, sounds and amazing history!

“When you travel … you will find the world amazing”

6 thoughts on “Malta welcomed us with a gorgeous day …”